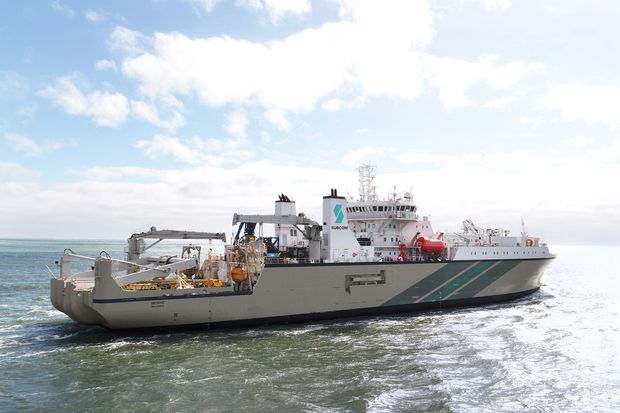 Source: Kate O’Keeffe and Drew FitzGerald in Washington and Jeremy Page in Beijing

U.S. officials are seeking to block an undersea cable backed by Google, Facebook Inc. and a Chinese partner, in a national-security review that could rewrite the rules of internet connectivity between the U.S. and China, according to people involved in the discussions.

The Justice Department, which leads a multiagency panel that reviews telecommunications matters, has signaled staunch opposition to the project because of concerns over its Chinese investor, Beijing-based Dr. Peng Telecom & Media Group Co., and the direct link to Hong Kong the cable would provide, the people said.

Ships have already draped most of the 8,000-mile Pacific Light Cable Network across the seafloor between the Chinese territory and Los Angeles, promising faster connections for its investors on both sides of the Pacific. The work so far has been conducted under a temporary permit expiring in September. But people familiar with the review say it is in danger of failing to win the necessary license to conduct business because of the objections coming from the panel, known as Team Telecom.

Team Telecom has consistently approved past cable projects, including ones directly linking the U.S. to mainland China or involving state-owned Chinese telecom operators, once they were satisfied the company responsible for its U.S. beachhead had taken steps to prevent foreign governments from blocking or tapping traffic.