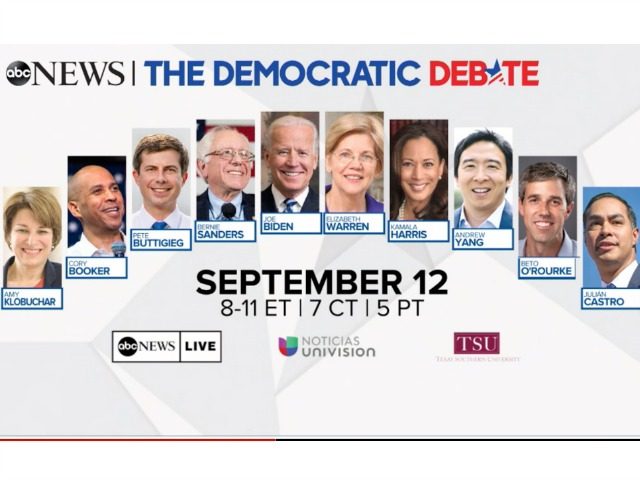 The Democratic National Committee((DNC) notified the ten Democrats who qualified for the next debate on September 12 in Houston and also unveiled the way the candidates will be arranged on stage.

Former Vice President Joe Biden, who is leading in the polls, will be in the center flanked by Sen. Bernie Sanders (D-VT) on his right and Sen. Elizabeth Warren (D-MA) on his left. Next to Warren is Sen. Kamala Harris (D-CA) followed by a once-unlikely top tier candidate Andrew Yang, who is now placed higher on the pyramid than Beto O’Rourke and, at the outside podium, Julian Castro.

They still can meet the criteria and qualify for the fourth round of Democrat debates in October.

ABC reported other details about the next debate:

The debate will be held at Texas Southern University, a public, historically black university, and will air from 8 to 11 p.m. ET.

This next debate will be the first time Biden and Warren will share the same stage.