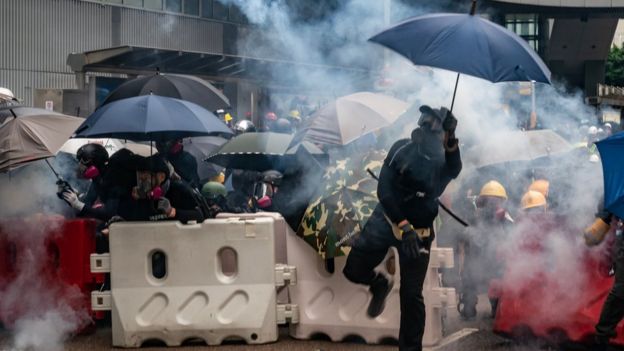 Officers also fired live warning shots as they tried to clear the streets.

Protesters lit fires, threw petrol bombs and attacked the parliament building. A number of people were later held as they fled into metro stations.

The protest movement grew out of rallies against a controversial extradition bill – now suspended – which would have allowed criminal suspects to be sent to mainland China for trial.

It has since become a broader pro-democracy movement in which clashes have grown more violent.