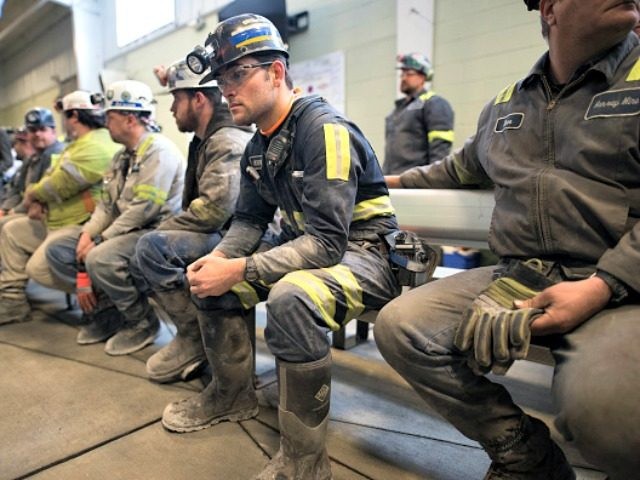 Union bosses, closely tied to the Democrat Party, say American union workers sticking with President Trump in 2020 and his economic nationalist agenda is “a serious problem” for them.

A report by the Wall Street Journal reveals how union bosses and Democrats are looking to peel off Trump’s support from American union workers who back his agenda, where most recently he has demanded multinational corporations move their production in China to the U.S.

“It’s a serious problem for us,” said Alan Netland, president of the North East Area Labor Council in Duluth, Minn., which represents 40,000 union members. “People may say, ‘I voted Republican and the world didn’t fall in, so maybe I better keep doing that.’” [Emphasis added]

Union officials, along with Democratic presidential candidates, are now trying to highlight what they see as a yawning gap between the president’s pro-worker rhetoric and his policies. [Emphasis added]

Democratic candidates have put appeals to working-class voters at the front of their campaigns. “I am a union man,” declared former Vice President Joe Biden, who leads in 2020 primary polls, during his campaign kickoff in Pennsylvania in May. [Emphasis added]

Vice President of the United Mine Workers of America in Uniontown, Pennsylvania, Chuck Knissel said based on the current 2020 Democrats running for president, it will be difficult to get union workers to vote for anyone other than Trump.

“It’s going to be tough to get our members to vote for a Democrat,” Knissel told the Journal.

In interviews with the Journal, union workers who supported Trump in 2016 said 2020 Democrats have “gone so far left” with positions such as forcing union workers off their current healthcare plans and onto Medicare, as well as their calls to eliminate the coal industry entirely and provide free taxpayer-funded healthcare to illegal aliens.

Some Democrat candidates, such as Sen. Bernie Sanders (I-VT), have been forced to shift their healthcare policy plans after union workers voiced opposition to the Medicare for All plan. Others, such as Sen. Elizabeth Warren (D-MA), have attempted to supplement their 2020 platforms with plans such as cracking down on corporations outsourcing American jobs — the agenda that Trump heralded in 2016.