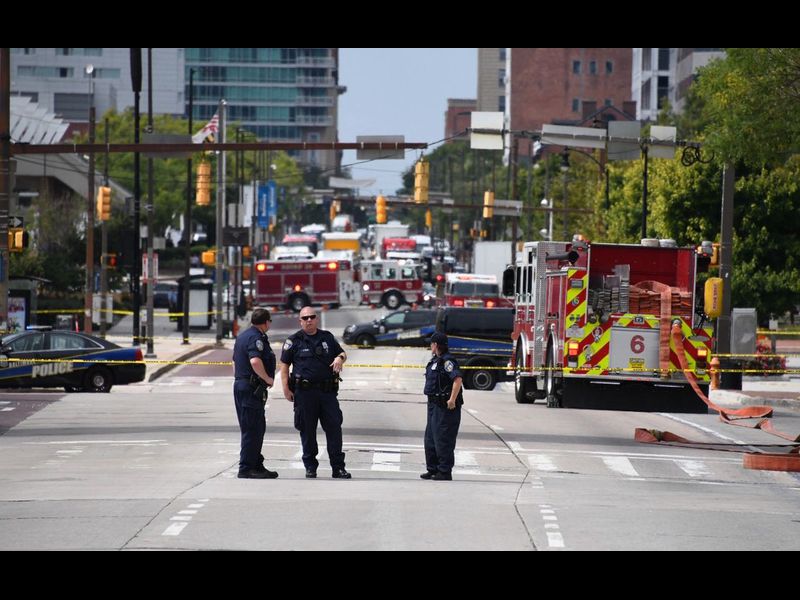 Baltimore police discovered a van loaded with 1,000 gallons of gasoline Monday morning and are evacuating several office buildings from the Inner Harbor — where emergency officials are urging people to stay away, city council members confirmed.

The Bureau of Alcohol, Tobacco, Firearms and Explosives is assisting Baltimore police on the scene.

A police spokesperson said they received a call at 11:02 a.m. about a suspicious van and began evacuating 100 E. Pratt St., which houses T. Rowe Price and and global professional services firm PricewaterhouseCoopers.

Baltimore Police Col. Sheree Briscoe told City Council members that they are evacuating a four-block radius around 100 East Pratt St. and are asking the community to not travel to that area while the police investigate.