‘I am incredibly sorry for adding drama to this,’ he wrote to Comey 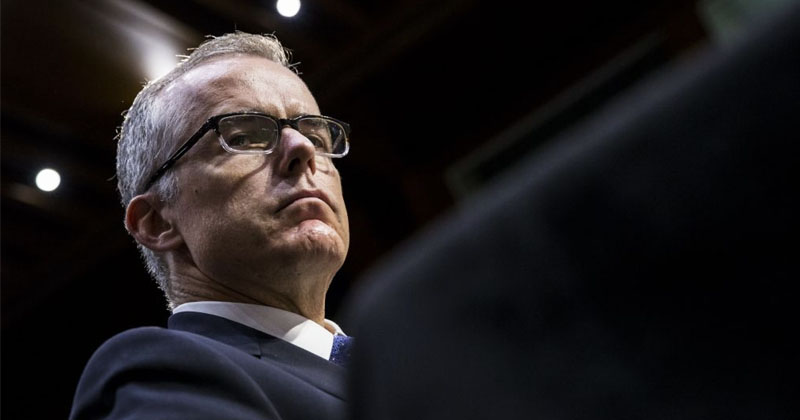 New emails obtained through FOIA requests by government watchdog group Citizens for Responsibility and Ethics in Washington (CREW) obtained a trove of emails revealing McCabe was fighting to contain negative media coverage of the FBI’s handling of the Clinton email probe.

In one email to ex-FBI Director James Comey, McCabe warned that The Wall Street Journal was working on an article claiming conflict of interest on the Midyear Investigation due to McCabe’s wife’s involvement in Clinton associate and former Virginia Gov. Terry McAuliffe’s campaign.

“In the more bad news category, Mike K [FBI public affairs chief Mike Kortan] informed me that Devlin Barrett at WSJ is putting together an article claiming I had a conflict of interest on MYR as a result of Jill’s campaign connections to Gov. McCaulife [sic],” McCabe wrote.

“I will work with mike to provide some basic facts to push back. And, as always, will keep you advised. I am incredibly sorry for adding to the drama on this.”

The Inspector General’s 2018 report on McCabe revealed that he lacked candor when questioned by the FBI about his interactions with The Wall Street Journal, concluding that he leaked information about the FBI’s handling of an investigation into the Clinton Foundation.

“[W]e concluded that McCabe’s decision to confirm the existence of the CF investigation through an anonymously sourced quote, recounting the content of a phone call with a senior department official in a manner designed to advance his personal interests at the expense of department leadership, was clearly not within the public interest exception,” the report says.

McCabe was fired from the FBI by then-Attorney General Jeff Sessions shortly after the report came out. He now works as a CNN contributor.