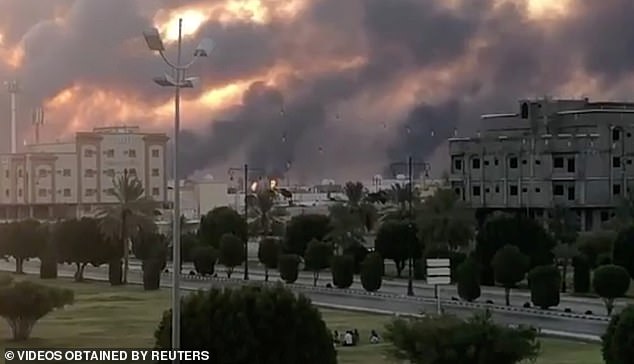 Ten drones sparked a huge fire at the world’s largest oil processing facility and a major oilfield in Saudi Arabia in the early hours of this morning.

Tensions are running high in the region after attacks in June and July on oil tankers in Gulf waters that Riyadh and Washington blamed on Iran.

Iran-aligned Houthi fighters in Yemen have also launched attacks over the border, hitting Shaybah oilfield with drones last month and two oil pumping stations in May. Both attacks caused fires but did not disrupt production.