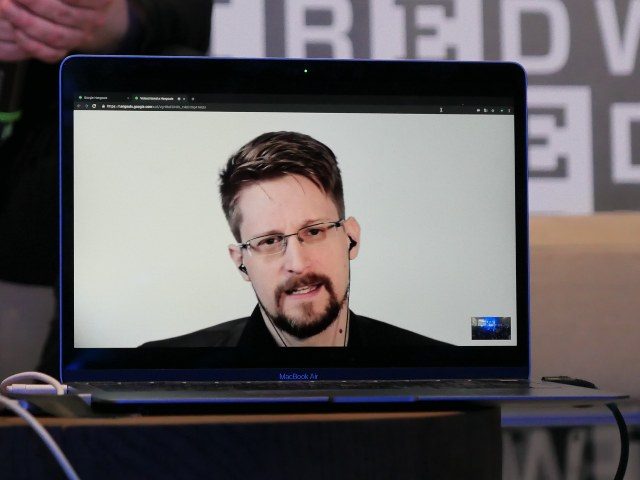 Whistle-blower Edward Snowden, who revealed the mass surveillance of Americans in his 2013 leaks about the National Security Agency (NSA), has issued a warning about the rise of AI-driven policing in the near future.

Snowden spoke to The Guardian’s Ewen MacAskill, the same reporter he worked with to release his bombshell NSA revelations in 2013.

Snowden spoke of “a litany of American destruction by way of American self-destruction, with the promulgation of secret policies, secret laws, secret courts and secret wars” following the September 11 attacks in 2001.

He also warned of new technological threats to freedom and privacy in the future, including “the refinement of artificial intelligence capabilities, such as facial and pattern recognition.”

“An AI-equipped surveillance camera would be not a mere recording device, but could be made into something closer to an automated police officer.”

Recent protests in Hong Kong have seen demonstrators employ innovative methods to counter the communist government’s facial recognition technology, including the use of face masks and bright lasers aimed at cameras to avoid identification by the communist regime.

The Metropolitan Police in London, England also employ a facial recognition database — although a recent report revealed that 81 percent of people who the system flags as possible suspects are innocent.