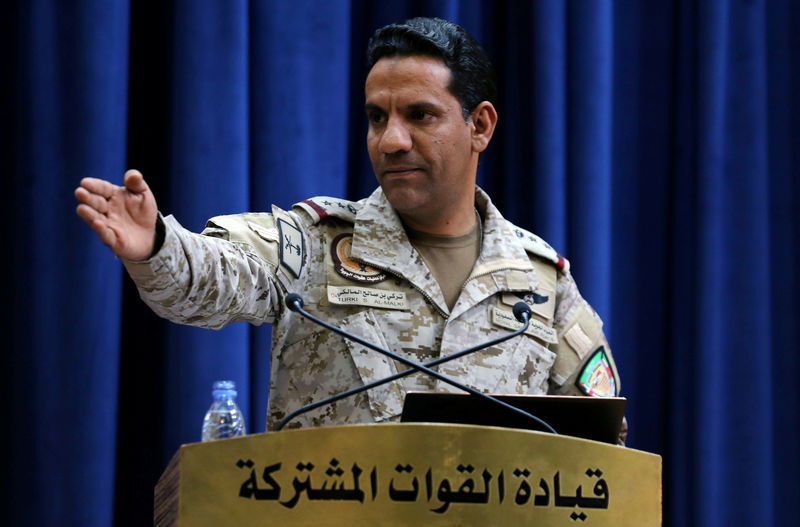 (Bloomberg Opinion) — President Donald Trump has declared that, once it has been verified that Iran was indeed responsible for last weekend’s attack on major Saudi Arabian oil facilities, the U.S. is “locked and loaded.” To do what, exactly, is unclear.

Trump has previously threatened the Islamic Republic with “overwhelming force,” but only if it attacked American targets. Last month, he ordered — and then canceled — an American bombing run against Iranian sites, but that was in response to the downing of an American drone.

Trump’s close circle is now bereft of its fiercest proponent of bombing Iran — freshly fired John Bolton — and his remaining political and military advisers will likely urge caution. With the United Nations General Assembly opening in New York this week, Trump will have an ideal platform from which to unleash rhetorical fusillades, instead of real bombs, against Iran. Perhaps that will satisfy him.

But while he waits for confirmation of the Islamic Republic’s culpability, Trump should also use the UN meetings to have a frank conversation with Saudi Arabia’s de facto ruler, Crown Prince Mohammed bin Salman, about the kingdom’s failure to defend its most important oil installations.

Why was the Saudi military not “locked and loaded” ahead of the attacks, which are being described as the kingdom’s Pearl Harbor moment? Why hasn’t it done enough to protect infrastructure critical not only for the kingdom but for the world economy?

The Abqaiq attacks should not — could not — have come as a surprise. Since the Saudis led an Arab coalition into war against the Houthi rebels in Yemen four years ago, retaliatory strikes have grown in frequency and sophistication.

The Houthis may have started the war as a ragtag militia, but they have been receiving training and assistance from Iran and its other proxies — Hezbollah, most notably — as well as progressively deadlier weapons, including drones and cruise missiles. The Saudi-led coalition, meanwhile, has not only failed to dislodge the Houthis from Sana’a, but also has been unable to impose a blockade on arms supplies to the rebels.

With Iranian assistance, the Houthi attacks have gone from being random to specifically targeted, and especially against Saudi infrastructure, like airports and oil installations, reaching deeper into Saudi territory. The Saudis have only occasionally been able to intercept Houthi missiles. The rebels have made no secret of their desire to keep inflicting economic pain on their sworn enemies to the north.

The Saudis, too, have enemies to the north. Riyadh has also known that Iran’s proxies in Iraq have been receiving weapons capable of striking hundreds of miles away. Earlier this summer, an Iraqi group used drones to bomb a Saudi oil pipeline.

The nature of asymmetric warfare is that militias with disruptive — and cheap — weapons technology can catch a powerful military force by surprise. But that explanation is too facile to cover for what happened at Abqaiq.

The Saudis have had plenty of time to harden the defenses of their critical infrastructure. They should by now have the ability to detect attacks, especially those coming from hundreds of miles away. Riyadh, remember, is one of the world’s largest spenders on military hardware. It even harbors ambitions of building a major defense industry.

And so, while President Trump ponders an adequate response to the attacks (having already committed to putting American boots on the ground in Saudi Arabia, and to selling American missile-defense systems to the Saudis), he is owed not just an explanation from the crown prince — who, it just so happens, is also the minister of defense — about what the kingdom is doing to protect itself. He should also make clear that Saudi Arabia needs to do much, much more.

To contact the author of this story: Bobby Ghosh at aghosh73@bloomberg.net

To contact the editor responsible for this story: James Gibney at jgibney5@bloomberg.net

This column does not necessarily reflect the opinion of the editorial board or Bloomberg LP and its owners.

Bobby Ghosh is a columnist and member of the Bloomberg Opinion editorial board. He writes on foreign affairs, with a special focus on the Middle East and the wider Islamic world.

For more articles like this, please visit us at bloomberg.com/opinion