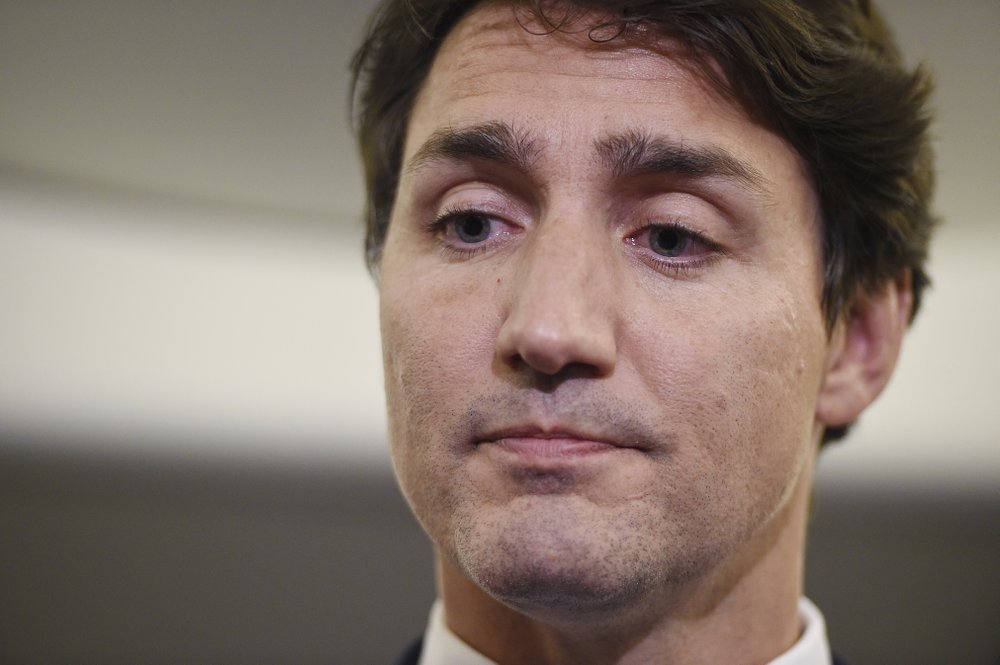 TORONTO (AP) — Canadian leader Justin Trudeau’s campaign was hit Wednesday by the publication of a yearbook photo showing him in brownface makeup at a 2001 costume party. The prime minister apologized and said “it was a dumb thing to do.”

Time magazine posted the photo, which it says was published in the yearbook from the West Point Grey Academy, a private school in British Columbia where Trudeau worked as a teacher before entering politics. It depicts the then 29-year-old Trudeau wearing a turban and robe, with dark makeup on his hands, face and neck.

Trudeau, who launched his reelection campaign exactly one week ago, said he should have known better.

“I’m pissed off at myself, I’m disappointed in myself,” Trudeau told reporters traveling with him on his campaign plane.

The Canadian prime minister is but the latest politician to face scrutiny over racially insensitive photos and actions from their younger days. Earlier this year, Virginia Gov. Ralph Northam faced intense pressure to resign after a racist picture surfaced from his 1984 medical school yearbook page. He denied being in the picture but admitted wearing blackface as a young man while portraying Michael Jackson at a dance party in the 1980s. Since then, Virginia Attorney General Mark Herring has acknowledged wearing blackface in college, and Alabama Gov. Kay Ivey has publicly apologized for donning blackface during a college skit more than 50 years ago. None has resigned.

The photo of Trudeau was taken at the school’s annual dinner, which had an “Arabian Nights” theme that year, Trudeau said, adding that he was dressed as a character from “Aladdin.” The prime minister said it was not the first time he has painted his face; once, he said, he performed a version of Harry Belafonte’s “Banana Boat Song (Day-O)” during a talent show.

“I should have known better then but I didn’t, and I am deeply sorry for it,” Trudeau said. “I’m going to ask Canadians to forgive me for what I did. I shouldn’t have done that. I take responsibility for it. It was a dumb thing to do.”

He said he has always been more enthusiastic about costumes than is “sometimes appropriate.”