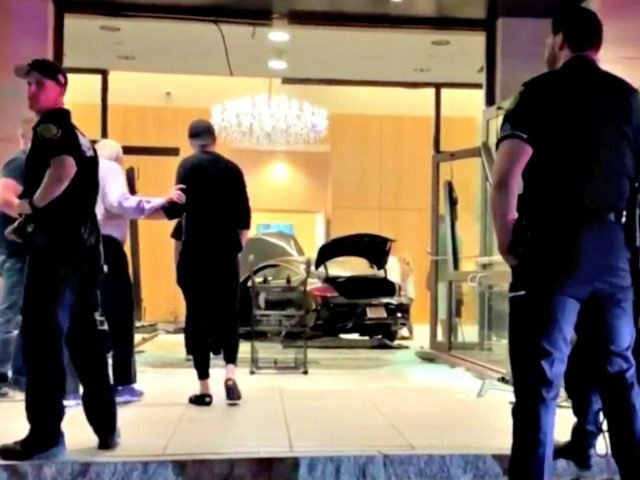 At least two individuals are injured following reports of a driver crashing a vehicle into the lobby of the Trump Plaza in New Rochelle, New York, Tuesday evening.

According to reports, a man driving a black Mercedes crashed into the lobby of the Trump Plaza Tuesday. At least two people – including the driver – are injured, although the reported injuries are believed to be non-life threatening.

“I seen a driver sitting over there in the doorman and the concierge. The concierge’s got her. He was sitting in the chair, he was bleeding. He just really shook up,” witness Kevin Jenkins said, according to CBS New York: