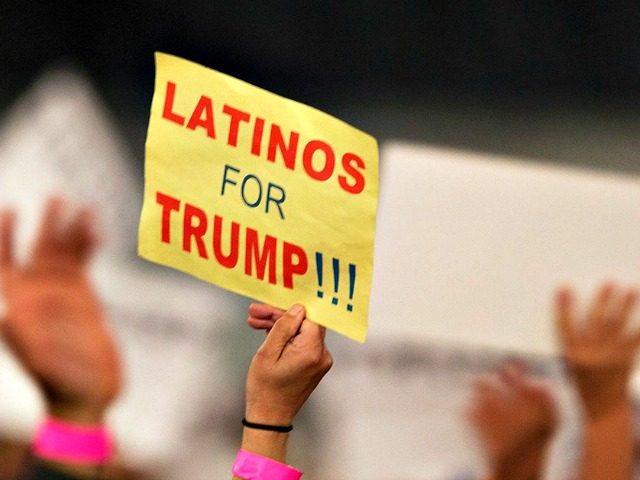 “I believe in the wall,” Marcella Trujillo Melendez, a Trump supporter, told the Albuquerque Journal. “I believe in security. This is my country, and I want it to be safe.”

“The most important thing to me is that I believe he truly loves America,” Melendez continued. “I believe that he knows his job. His job is to put America first. He’s not the president of the world.”

Poll after poll has found that though Hispanic Americans continue to vote by a majority for Democrats, especially those who were born outside the U.S., they side with Trump on the key issue of immigration — that is, they want less immigration, not more, and do not believe American taxpayers should be subsidizing illegal immigration.

For example, the latest Harvard/Harris Poll found that Hispanic Americans, along with black Americans, are vastly opposed to plans put forward by Sen. Elizabeth Warren (D-MA) and former Vice President Joe Biden to increase overall immigration to the U.S.

When ranked, Hispanic Americans listed increasing immigration as their second most unpopular issue, which would make them less likely to vote for a presidential candidate.

On the most extreme open borders plans endorsed by many elected Democrats, such as giving illegal aliens the right to vote, Hispanic Americans opposed the initiative by a majority of 73 percent.

Even with mainstream Democrat policies like providing taxpayer-funded welfare benefits to illegal aliens, temporary foreign visa workers, and legal immigrants who have yet to obtain green cards, Hispanic Americans align themselves with Trump.

One thought on “Hispanic Americans Side with Trump on Immigration: ‘I Believe in the Wall’”