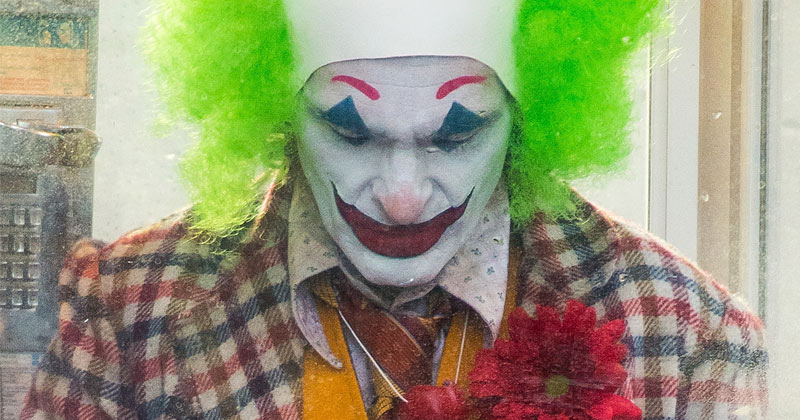 Army commanders were warned about “disturbing and very specific chatter on the dark web” about a potential mass shooting at an unspecified movie theater during the release of the upcoming “Joker” movie.

Commanders in Oklahoma in particular were given an intelligence memo that was later confirmed by the Texas Joint Crime Information Center, which initially issued the warning along with the FBI.

“The Fort Sill Criminal Investigation Division received an intelligence bulletin regarding a credible, potential mass shooting to occur at an unknown movie theater during the release of the new Joker movie scheduled on Oct. 4, 2019,” the memo states. “The intelligence bulletin was published by Travis County, Texas, Sheriff’s Office and, working with the local FBI field office, they have discovered disturbing and very specific chatter in the dark web regarding the targeting of an unknown movie theater during the Joker release.”

In June, Air Force personnel were warned about potential violence by “incels,” men who are “involuntary celibate” due to their failure to attract women.

Two were described as being incels: Elliot Rodger, who killed six women in Isla Vista, Calif., in May 2014 in “retribution” for being rejected by females, and Alek Minassian who intended to spark an “incel rebellion” when he killed 10 people with a van in April 2018.

The upcoming “Joker” film is about the deranged Batman character whose mental breakdown leads him to a life of deranged violence.

“A shadow lurks at the edges of Joker’s promotional build-up, with critics expressing concern that the almost-sympathetic portrayal of Batman’s archenemy might inspire real violence, with some reviewers citing a parallel between the motivations of Phoenix’s Arthur Fleck and those of real-world ‘incels,’” reported CBR.com. “It’s important to ask, however, whether the concerns surrounding violence in Joker are warranted — and if they are, how likely the film is to inspire actual acts of violence.”

“…Joker wants audiences to sympathize with [the Joker] Arthur Fleck as it paints a picture of the sort of person who could become such a monster. What would drive a person to madness?”

“In this case, it’s mainly because Fleck lives a miserable, hollow existence,” the article added.

It’s been well documented how movies and other forms of entertainment can shape viewers’ attitudes and behavior.

“Media can have a real emotional impact on us,” stated an article by HowStuffWorks.com. If they didn’t, we wouldn’t have entertainment in the first place – anything you put in front of us would be greeted with waves of indifference.”

When it comes to influencing behavior, one study from 2012 found that “teens who watched a lot of simulated sex acts in movies were more likely to become sexually active.”

“The study examined over 700 popular Hollywood movies such as American Pie, American Beautyetc,” reported TheParentsZone.com. “Researchers found that teens who watched a lot of racy scenes from films tended to internalize what they watched and this influenced their sexual behavior because it gave them a rather skewed idea of what is considered ‘normal behavior.’”

The article considered “normal behavior” to include using protection, which is typically glossed over in love scenes.

If real-life incels can relate to the Joker character, it isn’t a stretch to suggest that they, too, might follow his lead in channeling their pent-up rage into acts of violence – which is what the memo is warning about.