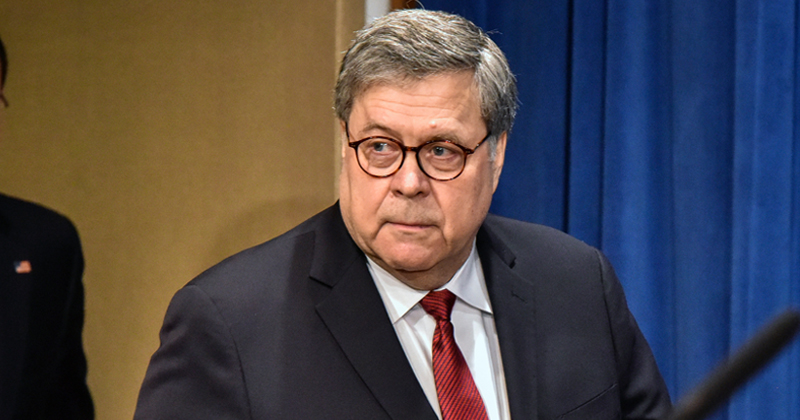 A Justice Department official told Fox News on Monday that Attorney General Bill Barr asked President Trump to introductions to foreign countries that might have had information pertinent to U.S. Attorney John Durham’s ongoing probe into possible misconduct by the intelligence community at the outset of the Russia investigation.

But a person familiar with the situation told Fox News it would be wrong to say Trump “pressed” the Australian prime minister for information that could have discredited former Special Counsel Mueller’s now-completed probe, as The New York Times reported earlier Monday.

“The countries have been helpful,” the source said. “There was no pressing required.”

FOX Report: Barr Asked Trump To Reach Out To Other Countries In Criminal Probe

This Fox news report directly contradicts a New York Times fake news report! Also, be sure to get 50% off products with double Patriot Points and free shipping during our Black Friday Comes Early Sale!

The president was letting the heads of other countries know that the attorney general would be contacting the appropriate law enforcement entities in each country, according to the DOJ official.

When Barr was in Italy last week, he did talk to law enforcement officials there about Durham’s review, Fox News was told.

The DOJ official also stressed that this has been a routine procedure in diplomacy and that Barr would not usually reach out to his direct counterpart in another country unilaterally.

Instead, usually there would be an introduction of sorts made at the head-of-state level.