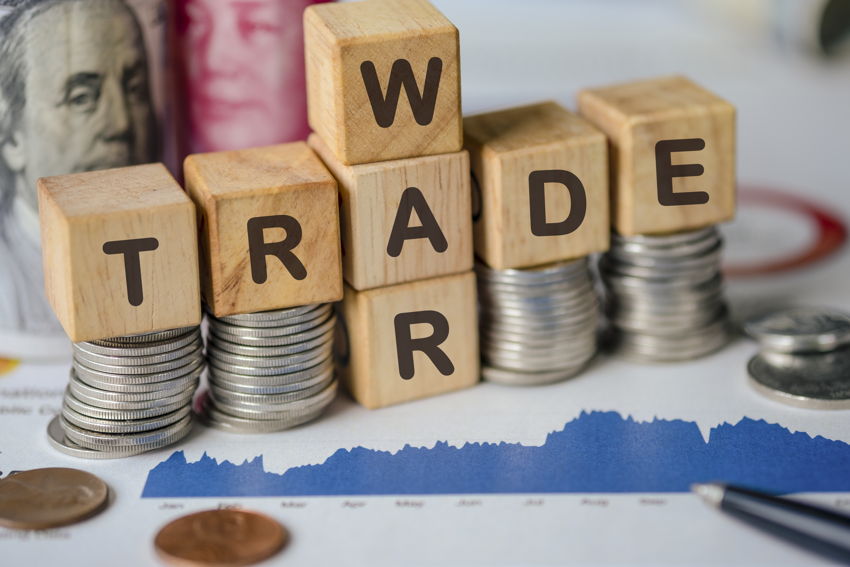 There has recently been much weeping and gnashing of teeth over President Donald Trump’s trade war with the People’s Republic of China.  The ire of this piece will be focused on those avaricious and morally blinded elements of the right who for a few trinkets can be persuaded — nay, bribed — to overlook the perversity of the Marxist butchers of Beijing.  Truth be told, the very opening of Western trade with that most odious despotism was itself as morally idiotic as it was strategically idiotic, but it could at least have been somewhat excused as the attempt at convoluted intrigue against the Bolsheviks in Moscow.  Nowadays, it is only the allure of filthy blood-soaked lucre and the intoxicating ideological fumes emanating from globalism that animate the defense of this “free trade” with the current masters of China.

Do these over-salaried bean-counters remember Korea?  Or is that a memory best left repressed in this new area of wheeling and dealing with Red China?  Is even a twinge of shame felt when conducting business with a Communist Party that not only cut to pieces the flower of America’s youth, but revels in this fact even to this very day?  Not to mention the hundreds of thousands of our most loyal allies in South Korea, Indochina, and even within China itself during their sanguinary conquest of the “Middle Country.”  All this is to be conveniently forgotten and put aside for heaps upon heaps of shoddily made Chinese contraptions assembled by slave labor and an extra uptick in share prices justifying yet another year-end bonus for a c-suite executive to gorge himself on whichever frivolity strikes his fancy.  The free market as All-Father is a pathetic deity, indeed.

It staggers the mind to think how a democratic republic, the greatest and freest men have ever had the pleasure and honor of living in, not only stayed the executioner’s sword (we are still feeling the effects of our cowardly indecision in Korea regarding the Chinese question), but actually helped to rebuild the power, prestige, and infrastructure of a sworn blood enemy of not only this country in particular, but all Western civilization.  No man who lived his own personal life with such disregard would last, and his foolishness would be taken as a cautionary example of reverse wisdom, yet this is exactly the line the United States and the Western world have taken regarding China for the last few decades.

Every single Western dollar spent on the Chinese market feeds the dragon that is the CCP, which has feasted on the lion’s share of all these riches, throwing the few crumbs left over to its proles.  All this influx of Western capital has put weapons in the hands of China’s army and secret police forces, funds its North Korean puppets and insidious fellow confederates such as the Iranians, and even trickles down to pay the petty criminals who lawlessly beat freedom-loving Hong Kongers while their own native police look on approvingly.  It puts glittering jewels on the soft necks and well-manicured hands of the legions of concubines who dot like grains of sand the well-furnished harems kept by CCP bigwigs.  This, they tell us, we must swallow for the sake of “free trade” and a “global market.”  Well, for some of us, the taste of it all is so revolting that we instantly vomit up the little we manage to swallow.

Donald Trump in his animalistic and instinctive way understands this, specifically as it relates to the economic perfidy of native job destruction via Chinese offshoring.  The $64,000 question is thus, can any free man in the West compete with an Eastern counterpart, especially one under brutal communist discipline?  The answer is no, he cannot, and more importantly, no, he should not.  It was the utterance of blasphemies such as these among others that propelled Mr. Trump both to the nomination of the Republican Party and to the presidency of this nation.  Those who sneer at such things will lose their condescending smirks as they begin to take a serious account of the exponentially growing number of conservatives who no longer fear excommunication for questioning the movement’s blind faith in free trade über alles.

So what is to be done?  Simple: It is time to starve the dragon and reverse course on trade with China.  No more will free men and a free country subsidize the rule of villainous slave masters over their hapless subjects.  Conservatives should be asking for higher tariffs, not lamenting the ones already there.  No tepid defenses, but full-on hurrahs from every corner are to be heard.  Does it seriously matter if some Eastern scrap of metal or half-rotten imported foodstuff now costs an additional dime or nickel when a vast apparatus of totalitarian misery is contracting in its ability to carry out domestic and international outrages?

Is the conservative movement so wedded to the ideal of living sumptuously that nothing is worth more than the accumulation of wealth at any cost?  The Western world lusts after the Chinese market the way a gluttonous man lusts after food — not as a necessity, but as the expression of an unhealthy fetish and unrestrained appetite.  This libertarian vice (the undiscriminating love of gold and profit) always ends up subverting itself and proving to be its own overthrow.

One does not trade with enemies.  It is advice so obvious that it does not even merit saying, but here one must say it.  Therefore, let us begin the long and painful process of disentangling ourselves from the economic seduction of the Chinese markets.  This trade war with its accompanying tariffs is a step in the right direction.