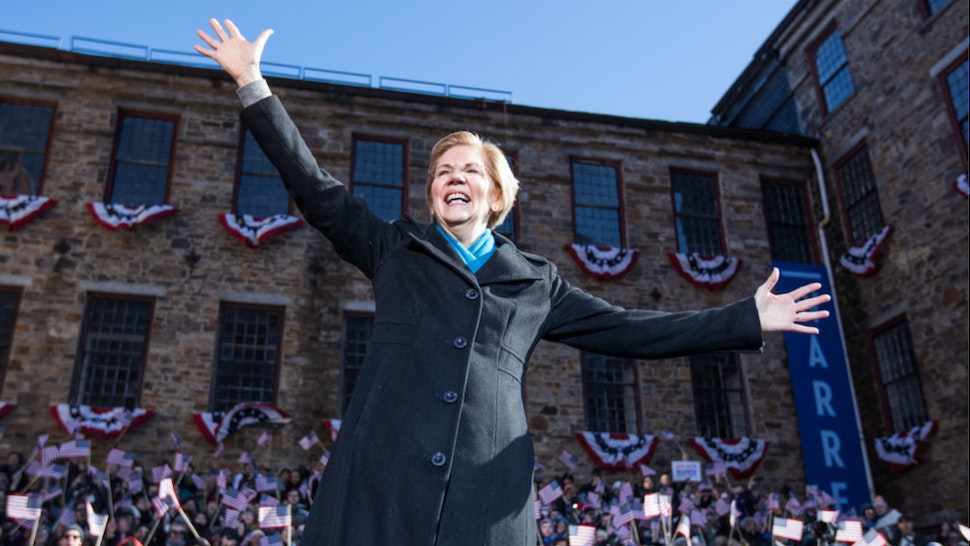 According to the latest poll from Economist/YouGov, which was conducted between September 28 and October 1, Sen. Elizabeth Warren (D-MA) leads the Democratic pack with 26% of the hypothetical vote.

The survey asked 606 Democratic voters the following question: “If the Democratic presidential primary or caucus in your state were held today, who would you vote for?”

Warren rises to the top with 26% of the vote, followed by former Vice President Joe Biden at 22%. Sen. Bernie Sanders (I-VT) places a distant third with 14% of the vote. None of the other Democratic presidential candidates break double digits.

Despite Warren’s first place ranking overall, there are several categories in which Biden and even Sanders step into the lead.

The survey also asked: “Which candidate or candidates are you considering voting for in the Democratic Presidential primary or caucus in your state in 2020?”

[It’s important to note that this question allows respondents to “select all that apply,” which is why the percentages don’t add up to 100.]

Warren still comes out on top with 53%, followed by Biden at 42%. Sanders comes in third place with 36%. In fourth and fifth place are Sen. Kamala Harris (D-CA) and Mayor Pete Buttigieg with 27% and 26%, respectively.

Not unlike the previous question, Warren is ahead of Biden in nearly every single category, but she trails the former vice president by 2% among Hispanic voters and 13% among African American voters.

The survey also asked: “Are there any presidential candidates that you would be disappointed if they became the Democratic nominee?”

This was another “select all that apply” question. While Biden and Sanders receive 22% and 21% of the “disappointed” vote, respectively, Warren ranks lowest with just 10%. Interestingly, Buttigieg is the second to last candidate who Democratic voters would least like to see in office, with just 11% choosing the mayor as their “disappointed” vote.

32% said they “would not be disappointed if any of the candidates became the nominee.”

As usual, it must be noted that this is one poll among many, and polls are a snapshot of a certain group of voters at a certain time. However, this poll is similar to what’s being seen in other polls, namely, that the rise of Elizabeth Warren continues – mainly to the detriment of Sanders and Biden.

The Economist/YouGov poll has a margin of error of +/- 3.1 points.

According to the RealClearPolitics polling average, Biden still leads Warren nationally 26.2% to 24% as of publication.