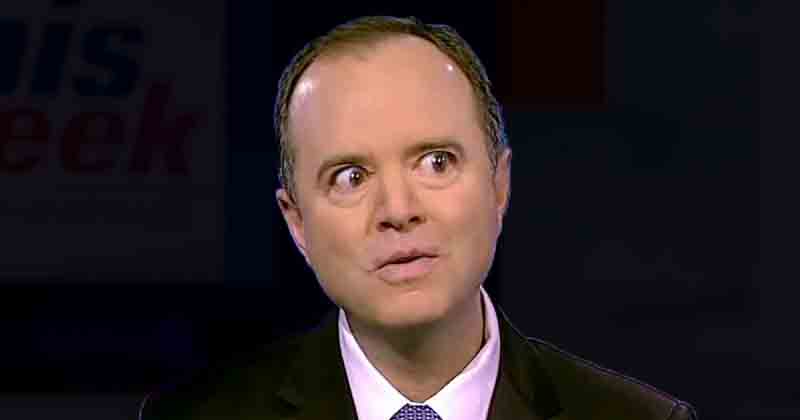 (Ben Sellers, Liberty Headlines) After Rep. Adam Schiff, D-Calif., sought last week to make a mockery of impeachment hearings with a “satirical” interpretation of a transcript released by President Donald Trump, Schiff became the subject of ridicule over the weekend.

The House Intelligence chairman received four “Pinocchios” from The Washington Post on Friday for falsely claiming he had no advance knowledge of a whistleblower whose complaint was used to initiate Congressional Democrats’ latest impeachment probe.

The New York Times later revealed that Schiff had received an early account from the whistleblower, while others have speculated that he likely helped the anonymous CIA agent file his complaint with the inspector general of the intelligence community.

Trump posted a video on Twitter that equated Schiff with the Italian folk-tale protagonist and Disney icon whose nose grows when he lies.

Even after being called out for the untruthful statements, Schiff continued to spin his web of deceit, claiming that he was not sure it was the same whistleblower and also that he misinterpreted the questions, according to the Independent Journal Review.

Former Rep. Trey Gowdy, R-SC, a longtime Schiff nemesis during investigations into Democrat scandals like Benghazi and the Steele Dossier hoax, piled a savage attack on the notoriously dishonest congressman.

On Fox News, Gowdy observed that Post fact-checker Glenn Kessler, who often favors and sympathizes with the Left in his analyses, had nonetheless given Schiff the maximum number of Pinocchios.

“I think he got four only because you can’t get five,” Gowdy said. “ … And don’t you know how hard that was for The Washington Post to give Adam Schiff four Pinocchios?”

On a more serious note, Gowdy, a former federal prosecutor, said Schiff’s bias and direct involvement in the whistleblower scheme could do major damage to the House efforts.

“Right now he’s made himself a fact witness,” Gowdy told Fox News host Martha MacCallum. “He is in the evidentiary chain for what happened with this whistleblower, and I hope the Republicans make him testify.”

Gowdy continued to goad House Democrats on their botched pursuits while pointing to another Schiff lie, his claim that he had firsthand knowledge of impeachable evidence in the Russia collusion investigation led by special counsel Robert Mueller.

Mueller’s report later debunked the collusion allegations—but that didn’t stop Schiff, who had campaigned and fundraised heavily off impeachment, from  doubling-down on his investigations.

Gowdy also shredded Schiff’s decision to open a hearing with the director of national intelligence by fabricating an account of the phone call between Trump and Ukrainian President Volodymyr Zelenskiy that spawned the whistleblower complaint.

Schiff claimed afterward that his performance was intended to be satirical, but he still was widely scorned for undermining what he and others, including House Speaker Nancy Pelosi, had disingenuously asserted was a “solemn” exercise of constitutional duty.

Gowdy said Pelosi already had wrested control of the impeachment proceedings away from Rep. Jerrold Nadler, the House Oversight chair, after Democrats were humiliated in a hearing with former Trump campaign adviser Corey Lewandowski.

It was shortly thereafter that the New York Times first published its account of the whistleblower, whose complaint was unrelated to anything Democrats had been outwardly investigating at the time.

“The question I have is how long is Speaker Pelosi gonna put up with Adam mishandling this investigation?” Gowdy wondered on Fox News.

“She’s already taken it away from Jerry Nadler,” he said. “But if you’re gonna do it, at least don’t screw it up, Adam!”

Gowdy noted that there was no apparent need for Schiff to have lied to the media, but that it was simply second nature to him.

“For anyone who wondered whether or not Adam Schiff could be objective and dispassionate—I never wondered that, but if any of your viewers did—now you know he makes up facts and openings, and he lies about meetings with the whistleblower, when the truth would have served him just fine!” Gowdy said. “He just decided to lie about it!”