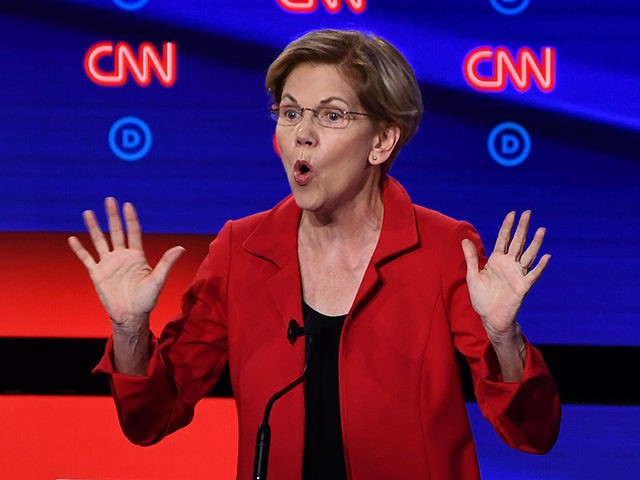 New evidence emerged Monday that Sen. Elizabeth Warren (D-MA) has been untruthful in telling voters she was fired from a teaching job because she was “visibly pregnant.”

As Breitbart News noted Sunday, Warren’s campaign tale was called into question by a 2007 interview in which she suggested she left for lack of qualifications and interest.

County records published by the Washington Free Beacon on Monday confirm that Warren resigned and was never fired.

RIVERDALE, N.J.—The Riverdale Board of Education approved a second-year teaching contract for a young Elizabeth Warren, documents show, contradicting the Democratic presidential candidate’s repeated claims that she was asked not to return to teaching after a single year because she was “visibly pregnant.”

Minutes of an April 21, 1971, Riverdale Board of Education meeting obtained by the Washington Free Beacon show that the board voted unanimously on a motion to extend Warren a “2nd year” contract for a two-days-per-week teaching job. That job is similar to the one she held the previous year, her first year of teaching. Minutes from a board meeting held two months later, on June 16, 1971, indicate that Warren’s resignation was “accepted with regret.”

In fact, the minutes show that far from being fired, Warren had been unanimously approved for a second year:

Board of Education meeting minutes show unanimous approval for a @ewarren to return to teaching for a second year via @CAndersonMO – https://t.co/nIBW56qfCv pic.twitter.com/Hol53CCWnf

The minutes also confirm a key detail from the 2007 interview: namely, that Warren was hired on an “emergency” basis because she lacked the necessary education qualifications, despite graduating from George Washington University with a degree in speech pathology, and supposedly pursuing a lifelong dream of being a public school teacher.

In the course of her presidential campaign, Warren has repeatedly told the nation a very different story — one in which an old-fashioned male principal discriminated against her because of her pregnancy.

In the second presidential debate in Detroit, for example, Warren said: “[A]t the end of that first year, I was visibly pregnant. And back in the day, that meant that the principal said to me — wished me luck and hired someone else for the job.”

Joel B. Pollak is Senior Editor-at-Large at Breitbart News. He earned an A.B. in Social Studies and Environmental Science and Public Policy from Harvard College, and a J.D. from Harvard Law School. He is a winner of the 2018 Robert Novak Journalism Alumni Fellowship. He is also the co-author of How Trump Won: The Inside Story of a Revolution, which is available from Regnery. Follow him on Twitter at @joelpollak.