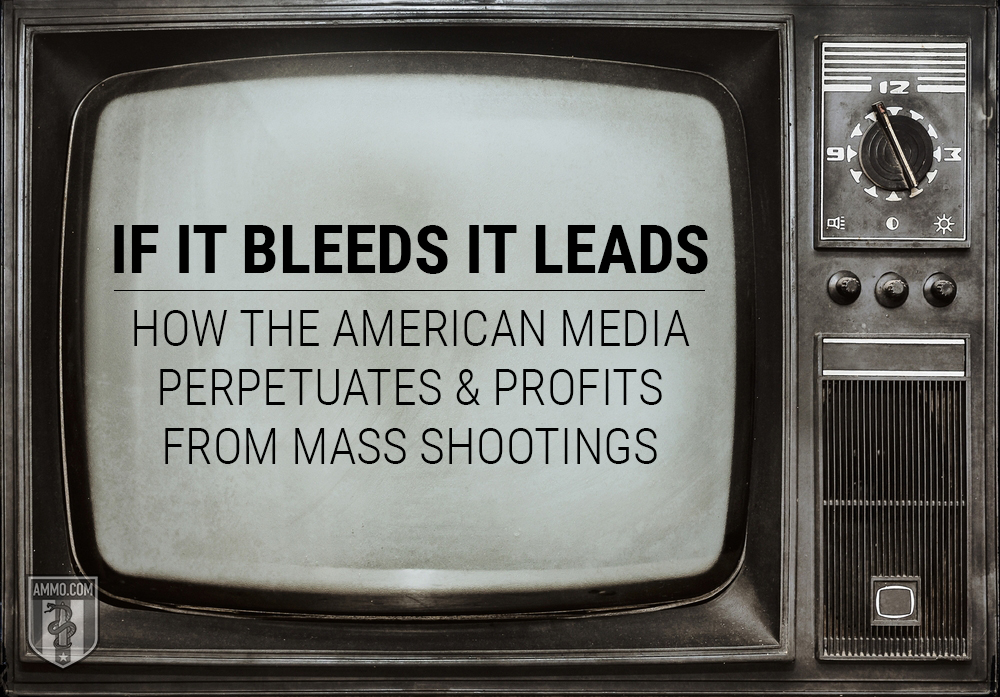 “I have repeatedly told CNN and our other media the following if you don’t want to propagate more mass murders: Don’t start the story with sirens blaring. Don’t have photos of the killer. Don’t make it 24/7 coverage. Do everything you can not to make the body count the lead story. Localize the story to the affected community. And make it as boring as possible in every other market.”

Video games. 4chan. “Toxic masculinity.” These are just a few of the media’s favorite folk devils when it comes to assigning blame for mass shootings in America. However, there is startling evidence that how the media covers these tragedies makes them culpable in perpetuating future ones.

This might sound like an outlandish claim, but it’s supported by evidence from no less an authority than the National Institutes of Health. It’s related to a well-established phenomenon of copycat suicides known as the Werther Effect. Other countries’ medias have taken steps to minimize the Werther Effect through self-imposed industry standards on suicide reporting, and many of these standards have parallels with the coverage of mass shootings.

The American media currently has no industry standard practices for how to cover either suicides or mass shootings. However, one can easily see the difference between how mass shootings and suicides are covered. Whereas suicides are treated as sombre tragedies, mass shootings often have the sensationalism turned up to 11. There’s a detailed discussion of the shooter’s life story, motives and methods. Strong evidence suggests that this both encourages and instructs potential mass shooters.

Statistically speaking, mass shootings represent a tiny portion of all deaths in the United States. For example, 2017 was the deadliest year for mass shootings in America with a total of 117 people killed. For context, 102 people die from automobile accidents every day according to the National Highway Traffic Safety Institute.

Despite the low frequency of these tragedies, the media pays outsized attention to them for self-serving reasons, which are both political and economic: There’s a demonstrated anti-gun agenda amongst America’s media. And there’s the ongoing shift in the media’s business model to attention-based revenue that results in ever-more sensational news coverage and “clickbait” headlines.

The lurid attention to mass shootings is profitable for America’s press, cable news networks, and social media companies – despite the consequences encapsulated by the Werther Effect. Thus a look at the role the American media plays in perpetuating these rampage killers is in order.