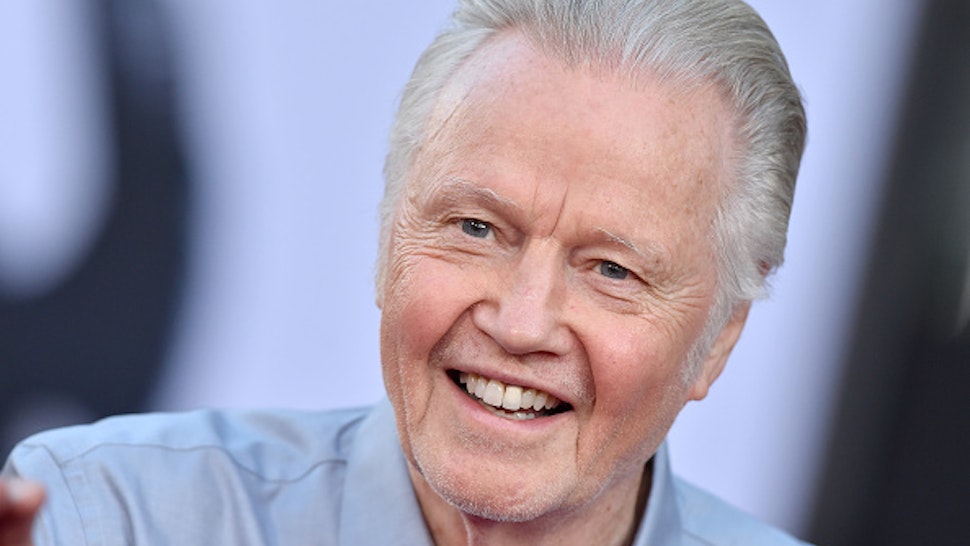 Veteran actor Jon Voight, a stalwart Trump supporter, believes that the Democrats will not take back the White House come 2020, arguing that they “do not represent America anymore” and have transformed into something negative since the 1960s.

Speaking with The Hollywood Reporter (THR), Voight said that the Democratic Party has transformed into something he never thought possible, saying they “have no heroes today” like when John F. Kennedy was alive.

“I’m a big supporter of our president, and I feel that what has happened with the Democratic party is something that I’d never thought I’d see happen. This is not the Democratic party of John Kennedy, who I was in support of,” Voight said. “They had many heroes in the Democratic party. They have no heroes today. There’s a lot of slander and name-calling and lying that’s going on and passing itself off as news. This is my opinion. That’s where I stand and I don’t like it. Somebody has to stand up and say that and punch back at that nonsense. This is not America. The Democratic Party doesn’t represent America anymore.”

Voight also expressed his disapproval of “Will & Grace” stars Debra Messing and Eric McCormack recently demanding a list of Trump supporters attending a fundraising event in Beverly Hills, during which McCormack suggested a blacklist for Hollywood conservatives. “Hey, [THR], kindly report on everyone attending this event, so the rest of us can be clear about who we don’t wanna work with. Thx,” tweeted McCormack. Voight likened this to the 1950s McCarthy era.

“The left was so concerned about the Hollywood Ten during the ‘50s but they are not at all concerned with the blacklist today and people losing jobs. They are very outspoken about it and they attack anybody who is for Trump or who is for the Republican party,” said Voight. “The Democratic party has been undermined and overtaken, and I wish it could recoup itself and that there could be people who would stand up for the Democratic party that we have known and we have counted on and there [is] not anybody in that group who is standing up and protecting it. They are falling in.”

Voight concluded by reiterating his belief that President Trump will win reelection come 2020.

“Donald Trump is going to win the presidency once again and this is going to be proven to be nonsense just as the two years with [the Mueller Report] and millions of dollars wasted and has taken those people in the House who are Democrats away from doing the business of the people,” Voight said.

Voight’s comments in support of Trump and his denunciations of the Democratic Party follow a video he released late last month in which he said that the Dems’ impeachment inquiry against the president was a “declaration of war.”

“This is a war against the highest noble man who has defended our country and made us safe and great again,” Voight stated. “Let me stand with our president. Let us all stand with our President Trump in a time of such evil words trying for impeachment.”

“This is a crime that the Left are trying to force,” he continued. “This is a disgrace by such ignorant followers that have no truth of what truly has been brought back to our country. We have gained greatness; we have gained jobs; we have gained more than any president has promised.”

One thought on “Jon Voight: Trump Will Win 2020, Democrats ‘Have No Heroes Today’”