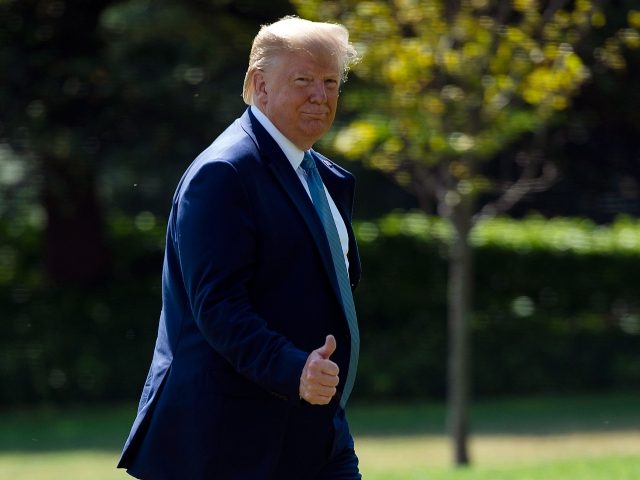 Amidst a battle between the President of the United States and the Intelligence Community that has sparked formal impeachment proceedings against the president by Democrats in Congress, federal law enforcement officials have formally charged one intelligence community official with leaking highly classified information to the media.

This comes in the wake of a top-ranking congressional intelligence committee staffer facing similar charges of leaking last year and sets the stage for a larger fight between Trump and intelligence community leakers.

The nature of these intelligence community leakers’ deeply personal relationships with the reporters to whom they were leaking — both cases involved romantic relationships — seems more like a House of Cards episode than real life.

But the federal law enforcement charges against each casts the intelligence community as a whole in a deeply negative light, as Democrats on Capitol Hill begin to rely on these spooks for their increasingly partisan impeachment efforts against Trump.

The case of the leaker ensnared on Wednesday showed how anti-Trump intelligence officials are using their relationships with the media to risk their careers to leak classified information embarrassing to the Trump administration.

In September 2019, Frese accessed two additional intelligence reports, and texted Journalist 2 to tell her to call him. During the call, he transmitted classified information.

The Justice Department said in a statement that Frese “was caught red-handed disclosing sensitive national security information for personal gain.”

“The unauthorized disclosure of top secret information could reasonably be expected to cause exceptionally grave harm to the national security of the United States,” it said.

Prosecutors said Macias published eight articles containing classified defense information between May and July 2018, according to the Guardian. Frese was arrested Wednesday when he showed up for work and was due to appear later that day in U.S. district court in Alexandria, Virginia.

Frese, like the intelligence official who filed a whistleblower complaint alleging that Trump asked Ukraine to interfere with the 2020 elections, has a background in Russia and NATO, according to his Twitter profile.

The episode carried echoes of a previous case of  leaking to a reporter he was romantically involved with. In 2018, James Wolfe, a fifty-something senior aide to the Senate Intelligence Committee, leaked classified documents to New York Times reporter Ali Watkins, with whom he was having a romantic relationship.

Wolfe worked at the committee while it was investigating whether President Trump colluded with Russia, and he leaked to Watkins classified material, such as a classified application for a surveillance warrant on former Trump campaign official Carter Page.

The announcement of Frese’s arrest broke loose a barrage of anger and mocking, including from conservatives and Trump supporters, who have become increasingly suspicious of intelligence officials leaking and hiding behind the cloak of anonymity.