Reuters reports, citing defense or administration sources, that the US is set to send thousands of additional troops to Saudi Arabia in the wake of last month’s Aramco attacks.

“The United States is planning to send a large number of additional forces to Saudi Arabia following the Sept. 14 attack on its oil facilities, which Washington and Riyadh have blamed on Iran,” according to a breaking Reuters report. 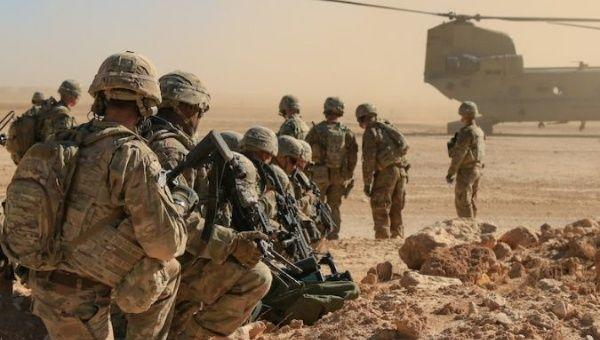 Though the Pentagon has yet to officially confirm the report with comment, Reuters noted the “sources did not specify exactly how many troops would be deployed but said it was expected to be in the thousands.”

And Bloomberg reports this could be as many as 1,800 new personnel, pending an official Pentagon statement:

Defense Secretary Mark Esper is expected to announce a new deployment of U.S. forces to the Middle East as tensions rise over Turkey’s military operations in northern Syria and an explosion on an Iranian oil tanker.

As many as 1,800 military personnel, including two air squadrons, are expected to be deployed to the region, including to Saudi Arabia, according to a defense official.

Since last month the Pentagon has already deployed up to 3,000 troops to the kingdom in coordination with King Salman and crown prince MbS for “regional stability” and to counter Iran.

Ironically this comes as Trump has promised to “slowly” get “out of the Middle East”. One journalist and MidEast analyst aptly questioned, “Is this to prop up the House of Saud internally, or warn off Iran?”

You Need to Read This Before the 2020 Election – Free Book

Former White House Official and Father of Reaganomics, David Stockman just sounded the alarm in Washington and on Wall Street. Debt is skyrocketing. The stock market is teetering on the edge. And Donald Trump is seeing his presidency self-destruct before his eyes. All of this adds up to a VERY dangerous situation for your wealth and your democracy. That’s why you have to claim your FREE copy of David’s urgent new book, Peak Trump: The Undrainable Swamp and The Fantasy of MAGA (a $26.99 value), today. Learn the truth before it’s too late. See how to claim your free copy here.

In separate confirmation of the original Reuters sources, CNN reports that the “Move comes as U.S. Navy is unable to send a relief aircraft carrier to deter potential Iranian aggression,” citing multiple unnamed US defense sources.