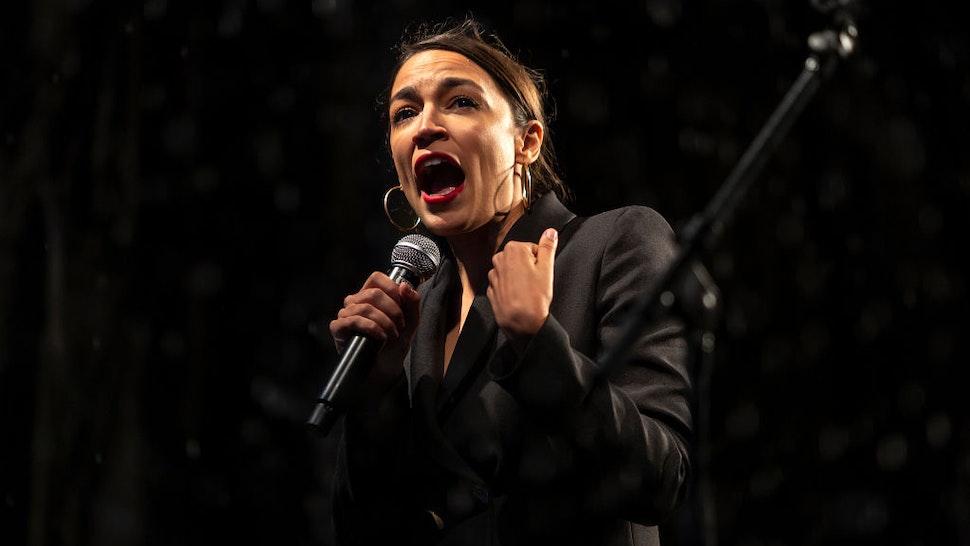 “Small-dollar grassroots campaigns, aka what Buttigieg insults here as ‘pocket change,’ out-fundraises him by millions,” Ocasio-Cortez tweeted. “Our nation’s leaders should not be working to end the era of big money politics, not protect it.”

Small-dollar grassroots campaigns, aka what Buttegieg insults here as “pocket change,” out-fundraise him by millions.

Our nation’s leaders should be working to end the era of big money politics, not protect it.

Ocasio-Cortez’s comments come as O’Rourke has been facing widespread backlash from both sides of the aisle for demanding that the government seize millions of firearms from law-abiding American citizens.

While O’Rourke’s declaration that “hell yes, we’re going to take away your AR-15 [and] your AK-47” has received massive applause from his left-wing supporters, many Democratic lawmakers have since been distancing themselves from the divisive rallying cries.

Democrats have long been defending their gun control agenda against claims that the party wants to take away Americans’ firearms. Accordingly, Buttigieg slammed O’Rourke’s proposal as playing directly into the hands of the Republican Party.

“Look, right now, we have an amazing moment right here on our hands,” Buttigieg said in September. “We have agreement among the American people for not just universal background checks but we have a majority in favor of red flag laws, high capacity magazines, banning the new sale of assault weapons. This is a golden moment to finally do something because we’ve been arguing about this for as long as I’ve been alive.”

O’Rourke has touted both Republican and Democratic disapproval of the program, contending that it means he is “doing something right.” However, he lashed out at Buttigieg over his condemnation, noting that he was especially “offended.”

The radical proposal was largely seen as a last-ditch attempt to bring new life to O’Rourke’s presidential campaign. The former Texas congressman has been struggling to gain traction in the polls — he has not broken 5% support since April and is averaging at less than 2% support. After his third quarter fundraising fell far short of his Democratic primary challengers, he sounded the alarm on the need for a “breakthrough.”

“This is a policy disagreement and it is about governing,” Buttigieg later responded to O’Rourke’s remarks. “I get it, I mean he needs to pick a fight in order to stay relevant, but this is about a difference of opinion on policy and my focus right now is getting something done.”

While Ocasio-Cortez has not clarified her stance on a government-run gun confiscation program, she has been vocal in her support for various gun control measures such as universal background checks, banning magazines that hold more than 10 rounds, and implementing federally mandated safe storage requirements. She has also called for the U.S. government to ban all semi-automatic firearms, which accounts for the vast majority of guns in the country.

The New York congresswoman has yet to endorse a presidential candidate, but has voiced her praise for Sen. Elizabeth Warren and her progressive policies. Following the Democratic National Committee’s (DNC) first primary debate, Ocasio-Cortez highlighted Warren’s performance, noting that she “really distinguished herself” and that she even “knocked it out of the park.”