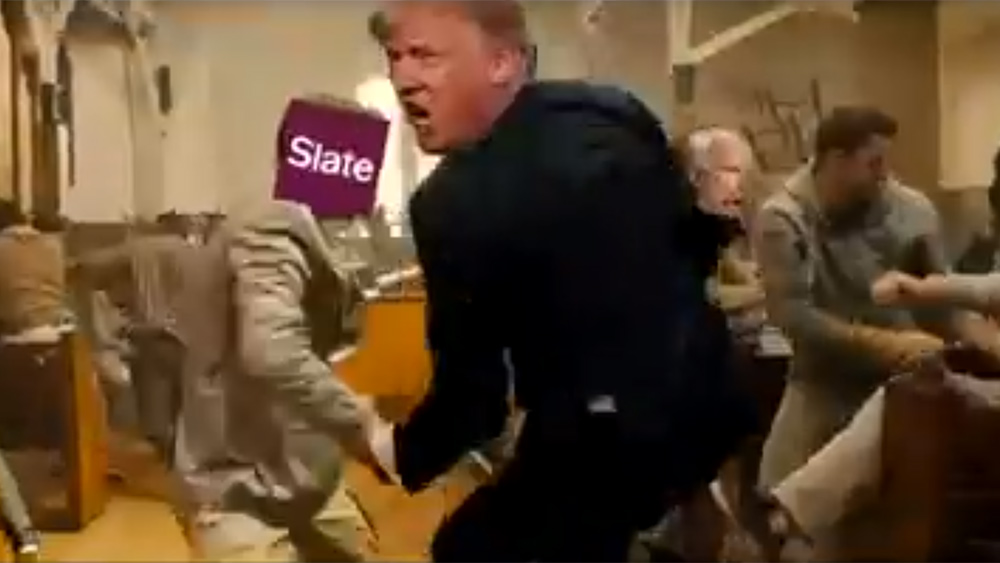 The fake news “mainstream media” would rather fabricate “scandals” involving President Donald Trump and his administration than actually report on real corruption within the Democratic Party (starting with the coup attempt known as Spygate).

As such, here we go again with more fabricated “outrage” from the media propagandists, this time over a violent meme in which the president’s likeness was used but which neither he nor anyone in his administration had anything to do with.

“The video in question shows Donald Trump shooting media members, Mitt Romney, Rosie O’Donnell and Kathy Griffin in a remake of a scene from the movie Kingsman: The Secret Service,” The Gateway Pundit noted (you can see it below — it’s been posted on the internet’s best free speech platform Brighteon).

Warning: It is violent:

The video ‘appeared’ this past weekend in a side room at the AMP 2019 Festival in Miami, Florida. But attendees at the event said they never saw it — but somehow The New York Times got wind of it and wrote a story about it without ever focusing once on the very real issues that conservatives who attended the event were discussing (one of which included a panel speaking out against political violence).

Mind you, again, the meme video played in an empty room. There were four small TVs there and reports said it appeared on only one of them. So, really, a lot of this smells like a set-up.

Actual panel I hosted at AMP

Stupid meme in some random side room

Guess which one the NY Times covered? pic.twitter.com/9ps1CefAAq