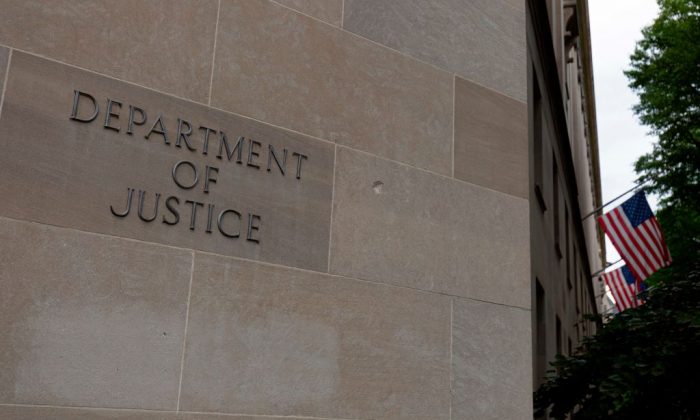 A Chinese national was sentenced to 40 months in prison after pleading guilty to conspiracy to export military and space technology to China, the U.S. Department of Justice (DOJ) announced on Oct. 18.

Li Tao, 39, sought to export “highly sensitive” military and space technology from the United States to China without a license, in violation of the International Emergency Economic Powers Act, the DOJ said in the press release.

The law prohibits unauthorized exports in the case of an “unusual and extraordinary threat to the national security, foreign policy, or economy of the United States.”

Li was arrested in September 2018, and pleaded guilty to the charge in April, court documents show. He was also sentenced to three years of supervised release following the prison term.

Prosecutors said that between December 2016 and January 2018, Li, who resided in China, attempted to purchase radiation-hardened power amplifiers and supervisory circuits—electronic components primarily used for military and space applications—and export them to China.

Li worked with other unnamed individuals in China, according to the criminal complaint.

The electronic parts Li sought to procure are capable of withstanding high levels of radiation and extreme heat, making them valuable for a foreign country’s military and space programs.

The components require an export license before it is sent out of the United States, the department said, adding that the Department of Commerce has a policy of denying its export to China.

“At no time” during the conspiracy did Li or his collaborators obtain such authorization, according to court documents.

“This sentence is well deserved and further demonstrates the lengths of criminal activity by those who seek to engage in illegally obtaining sophisticated materials,” Scott Brown, a special agent for Homeland Security Investigations Phoenix, said in the statement.

According to the complaint, Li used multiple aliases to contact individuals in the United States, including representatives of U.S.-based private companies, in an attempt to obtain the electronic parts. He approached three undercover agents who posed as vendors, court documents show.

In December 2016, Li wrote to one of the agents, asking them to ship the products to his company in Hong Kong.

During that transaction, Li and conspirators also agreed to pay a “risk fee”—an added fee of 10 percent—to smuggle out the parts to China, court documents said. He wired money from a bank account in China to a bank account in Arizona to pay for part of the order, prosecutors said.

Li was arrested in September 2018 at Los Angeles Airport while traveling from China to Arizona to meet with one of the undercover agents.

Federal prosecutors said the case serves as a warning to anyone attempting to undermine U.S. national security.

“If you steal our military and space technology, you should expect to go to prison,” Michael Bailey, United States Attorney for the District of Arizona, said in the statement.

In recent years, the U.S. government has ramped up investigations and enforcement of Chinese espionage in the United States, including the theft of trade secrets and military technology.

Christopher Wray, director of the Federal Bureau of Investigation director, told the Senate Judiciary Committee in July that the Chinese regime was trying to “steal their way up the economic ladder at our expense.” He also noted that the agency has over 1,000 active investigations involving economic espionage and attempted intellectual property theft, “almost all leading back to China.”

Earlier in July, a Los Angeles-based electrical engineer, Yi-Chi Shih, was convicted in relation to a scheme to illegally export semiconductor chips with military applications to China. Shih, an adjunct professor at the University of California Los Angeles, had attempted to export the chips to China to provide military technology to a Chinese firm that he oversaw, without obtaining an export license.