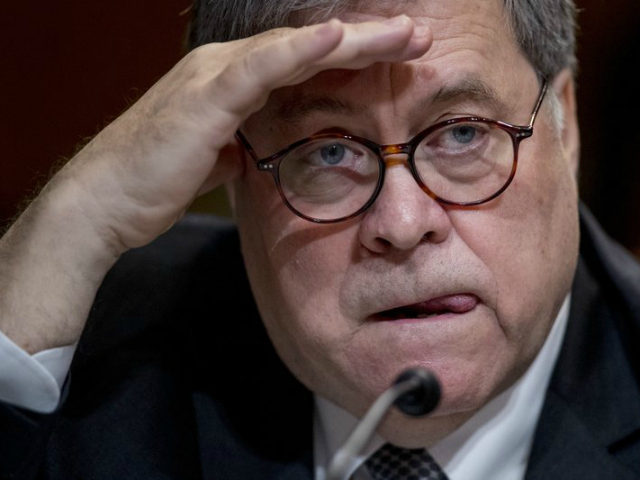 The Department of Justice’s sweeping review into the origins of its Trump-Russia probe is now a criminal investigation, according to the New York Times.

The launch of a criminal probe allows U.S. Attorney John Durham, the prosecutor tapped by Attorney General William Barr to lead the review, to subpoena witnesses for testimony and documents. The move also authorizes Durham to impanel a grand jury and file charges.

“If true, this shows Bill Barr is doing EXACTLY his job: following the facts Those who damaged America and broke the law to spread this hoax are about to face accountability,” Rep. Mark Meadows (R-NC) tweeted in response to the Times’ report.

The development comes after an NBC report revealed Barr recently expanded his agency’s review, noting that Durham has “found something significant and critics should be careful.” As part of the inquiry, Durham has sought interviews with CIA analysts who assessed Russia’s activities during the 2016 presidential election, prompting some of them to hire lawyers, NBC News stated.

Durham has been tasked with determining whether the Justice Department, FBI and intelligence authorities improperly surveilled the 2016 Trump campaign as part of their investigation into now-debunked coordination with Russia during the last presidential election. Special counsel Robert Mueller’s investigation found insufficient evidence of a criminal conspiracy between the Trump campaign and Russia.

The hard-nosed U.S. attorney has reportedly received briefings on the “four corners” of the FBI’s use of Foreign Intelligence Surveillance Act (FISA) warrants as part of its controversial counterintelligence operation into the Trump campaign. “Durham is specifically reviewing the FISA warrant obtained by the FBI to surveil former Trump aide Carter Page, as well as general issues relating to surveillance during the 2016 campaign and matters flowing from the FISA process,” Fox News reported.

The FBI used the Steele dossier to obtain a FISA warrant to surveil Carter Page, but did not disclose to the FISA court that Hillary Clinton’s 2016 presidential campaign or the Democrat National Committee (DNC) funded the dossier, despite indicating that the dossier was compiled as opposition research. Barr has described the dossier as “opposition research” with “clear mistakes.”

Testifying before Congress in May, Barr told lawmakers he believed “spying did occur” on the Trump campaign, but stopped short of saying whether it was done improperly.

“I think spying on a political campaign is a big deal,” he told the Senate Appropriations Committee, before adding, “I am not suggesting that those rules were violated, but I think it’s important to look at them.”

President Trump has repeatedly said his campaign was illegally surveilled and has even accused officials of treason. “My Campaign for President was conclusively spied on,” the president wrote on Twitter in May.  “Nothing like this has ever happened in American Politics. A really bad situation. TREASON means long jail sentences, and this was TREASON!”

The Justice Department declined to comment on the Times’ report.