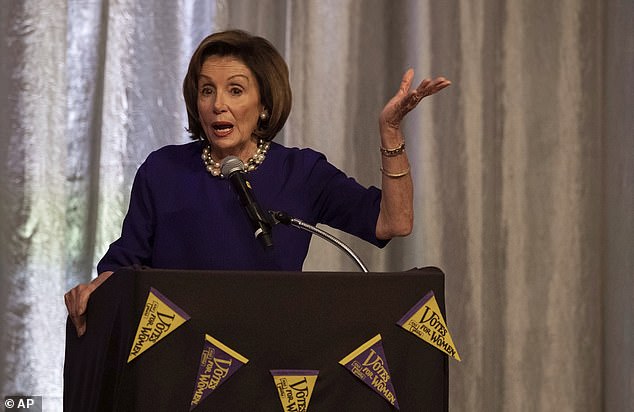 House Democrats are proceeding this week with a resolution that would put the House on record for the ongoing impeachment probe a trio of committees are conducting – and pave the way for high stakes televised hearings.

As part of the procedure lawmakers will vote on, the House Intelligence Committee will hold public hearings during the impeachment inquiry – providing Democrats with a televised platform to dramatize allegations about President Donald Trump’s conduct, after the White House accused Democrats of staging their inquiry in secret.

‘This resolution establishes the procedure for hearings that are open to the American people, authorizes the disclosure of deposition transcripts, outlines procedures to transfer evidence to the Judiciary Committee as it considers potential articles of impeachment, and sets forth due process rights for the President and his Counsel,’ House Speaker Nancy Pelosi said in letter to colleagues.

Pelosi updated her colleagues on impeachment, after California Rep. Adam Schiff has overseen weeks of closed depositions following a whistleblower’s complaint about President Trump‘s bid to push Ukraine to investigate the Bidens.

Schiff said the open hearings would be held in the House Intelligence Committee he chairs. It was not immediately clear if other panels would hold public hearings at other stages of the process.