Triggered libs fume after Trump opts for trick, instead of treat 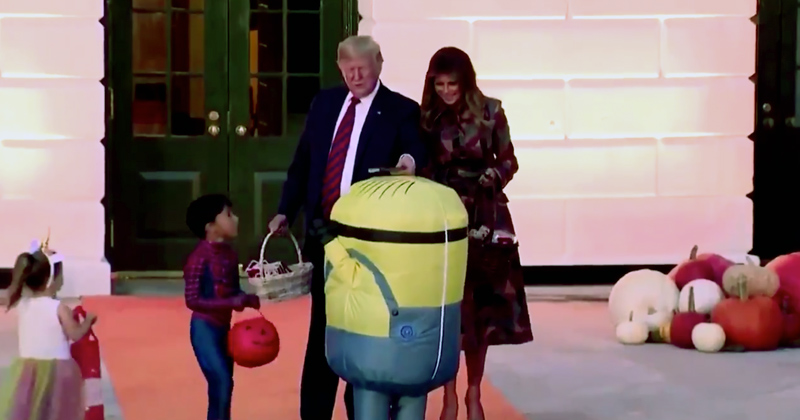 Anti-Trump leftists fumed at the president Monday over the way he passed out candy to trick-or-treaters at a White House event.

During the Halloween 2019 candy giveaway, Trump and First Lady Melania handed out full-sized candy bars to children dressed up as everything from lizards to superheroes.

Peep how trump didn’t even give the little BrownBoy dressed as the Spider-Man a candy bar.

I can’t believe we really allowed his ass to become President. 🤦🏻‍♀️ https://t.co/33dcKuzCPJ

Others claimed Trump and Melania were “bad at Halloween.”

Tagging the president and Melania, another leftist tweeted the footage was proof they were both “stupid and out of touch.”