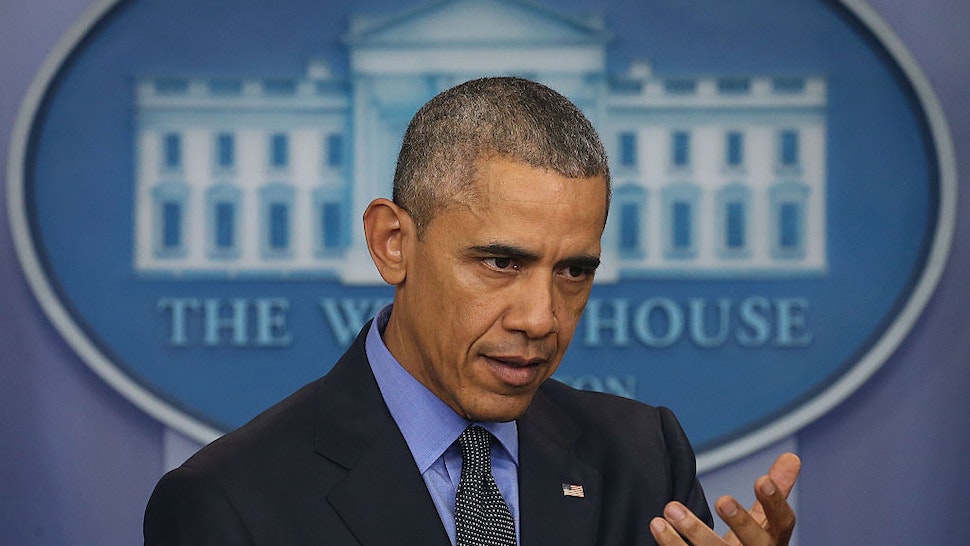 After President Trump announced on Sunday that ISIS leader Abu Bakr al-Baghdadi had been killed in a U.S. raid, the mother of Kayla Mueller, the American aid worker who was kidnapped by ISIS in 2013 and reportedly raped repeatedly by al-Baghdadi, said her daughter might still be alive if President Obama had been as decisive as President Trump.

Marsha Mueller told The Arizona Republic, “I still say Kayla should be here, and if Obama had been as decisive as President Trump, maybe she would have been. For me what matters most, I’m hoping now we will finally get the answers we have been asking for all along. I think this administration truly might help us. I don’t think they are as closed about what happened.”

Kayla’s father Carl Mueller choked back tears as he said of Baghdadi, “What this man did to Kayla — he kidnapped her,” adding, “She was held in many prisons. She was held in solitary confinement. She was tortured. She was intimidated. She was ultimately raped by al-Baghdadi himself. He either killed her or he was complicit in her murder. I’ll let people who read this article make up their own mind how a parent should feel.”

Mueller made a point of thanking President Trump for noting Kayla when he made the Sunday announcement. Carl Mueller stated, “He knows her story. He’s been briefed on it, and he knows, and that’s important to me. I don’t think anything would have stopped him from getting this guy.”

Although her body has not been found, Kayla Mueller, who worked with Doctors Without Borders in Syria, was claimed by U.S. forces in 2015 to have been killed by a Jordanian airstrike targeting ISIS.

In August 2016, as The Hill reported, Carl and Marsha Mueller appeared on ABC, where they stated that President Obama had failed to keep his word that he would donate to a foundation set up in Kayla’s name titled Kayla’s Hands.

“I’m still waiting for that donation, Mr. President,” said Carl Mueller. He said Obama had promised he would give a donation after Kayla’s death had been confirmed. Mueller said of Obama, “He says, ‘You won’t know, it’ll be an anonymous donation, but I will.’” But Mueller said that no donation came.

Baghdadi and the losers who worked for him — and losers they are — they had no idea what they were getting into.  In some cases, they were very frightened puppies.  In other cases, they were hardcore killers.  But they killed many, many people.  Their murder of innocent Americans — James Foley, Steven Sotloff, Peter Kassig, and Kayla Mueller — were especially heinous … The forced religious conversions, the orange suits prior to so many beheadings, all of which were openly displayed for the world to see, this was all that Abu Bakr al-Baghdadi — this is what he wanted.  This is what he was proud of.  He was a sick and depraved man, and now he’s gone.  Baghdadi was vicious and violent, and he died in a vicious and violent way, as a coward, running and crying.