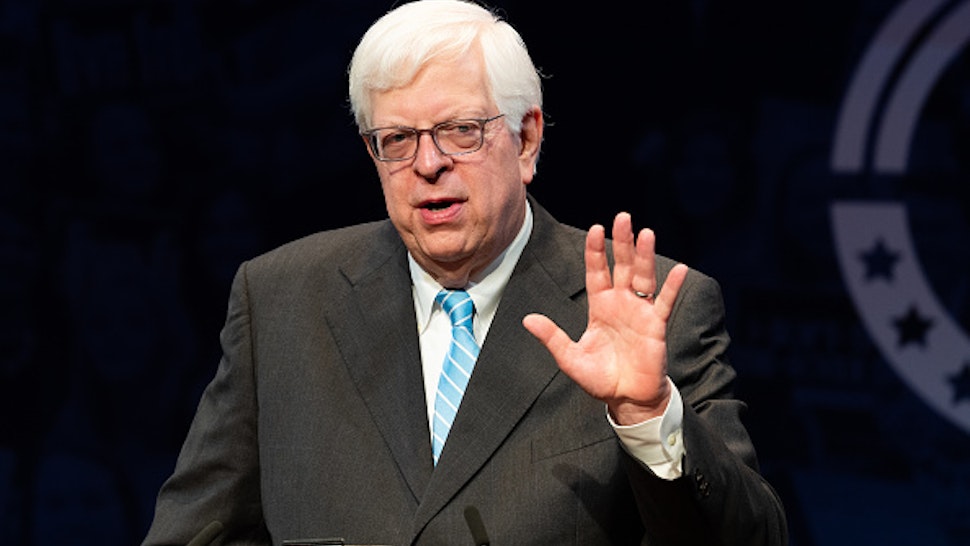 The Dennis Prager/Adam Carolla documentary “No Safe Spaces,” which chronicles the academic Left’s politically correct war to stifle free speech on college campuses, made an impressive $45,000 on just one screen in Phoenix during its opening weekend.

“The film raked in an estimated $45,000 on one screen in Phoenix, the production team said, adding that the only documentary that earned more from one screen on an opening weekend was Michael Moore’s ‘Sicko’ in 2007,” reports Fox News.

Released on October 25, the new movie will expand this week in Phoenix and then move on to engagements in San Diego, Denver, Tampa Bay, and Greenville. The film will go nationwide on November 15.

Producer Adam Carolla said he appreciated the high fan turnout and hoped to see the same in subsequent cities. “I’m really proud of this movie and hope the rest of the country will love it as much as we and our fans in Phoenix do,” he said.

Earlier in the week, Carolla said that the documentary would hopefully “make people aware of how nuts it is on campuses and in the media when it comes to censorship based on feelings” rather than facts.

“It’s not a left or a right-wing thing,” Carolla told Fox News on Wednesday. “We have people across the political spectrum in the film, including [liberal CNN pundit] Van Jones, who says it doesn’t help his team to have young people who can’t defend their beliefs. This is hurting everyone.”

The push to make “No Safe Spaces” a film reality has been ongoing since 2017, when Prager and Carolla started an Indiegogo campaign to crowdfund the documentary. It raised $684,684.

Much of the documentary focuses on Prager and Carolla traveling to various college campuses, exploring the systemic crackdown there on free speech.

“Entitled snowflakes on college campuses raging and screaming every time they encounter an idea they disagree with,” reads the film’s Indiegogo page. “These stories might be somewhat amusing if they weren’t such a dangerous indication of what’s to come. Trigger warnings, micro-aggressions, the suppression of free speech, and other illogical ideas born on campuses are proliferating and spreading out into the real world.”

“Today’s campus snowflake is tomorrow’s teacher, judge, or elected official,” it continues. “And if that doesn’t scare you, maybe you should reconsider. No matter where you live or what you do, if you don’t think they way they do, they will attempt to silence and punish you.”

Prior to the release, Prager challenged the MPAA for slapping the movie with a PG-13 rating from a single, 30-second animated clip in which a character meant to personify free speech named “Firsty” gets pummeled with bullet holes, causing it to bleed.

Prager sent a letter to the MPAA asking that it reconsider the decision. “Any kid who sees it will probably laugh,” Prager wrote to MPAA head Charles Rivkin.

Prager said he feared that the PG-13 rating will persuade certain parents to avoid showing the film to their children.

“When it comes to Firsty, we would ask that you reconsider and allow the scene to remain and still achieve a PG rating so that we can reach the widest possible audience. A PG-13 rating would not reinforce people’s faith in MPAA’s ratings,” Prager wrote in the letter.