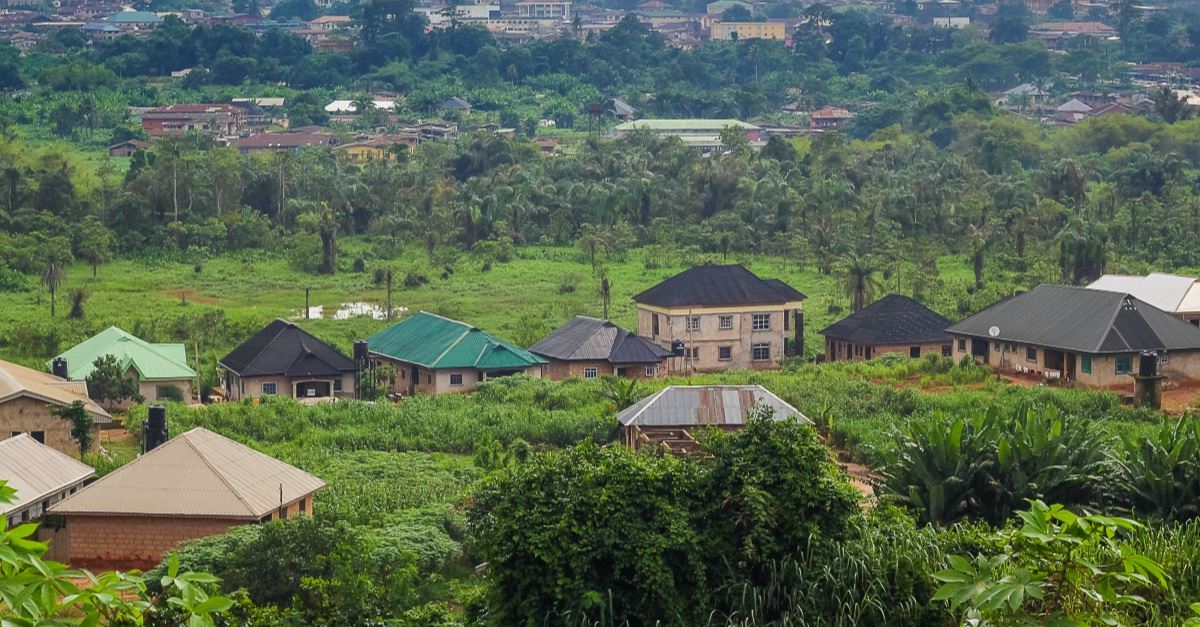 The massacre lasted for five hours.

Esther listened from the makeshift outhouse as she hid behind the door. “Convert or be killed!” shouted Boko Haram militants. Their commands were followed by screams, the popping of machine guns, and the smell of burning flesh and hair as they made their way through the village.

Esther, whose name I’ve changed for her safety, tried to slow her breathing, but the foul stench only made her panic rise. She’d told her children to stay put and be silent, but now she wasn’t so sure if she’d be able to sit still and wait.

She had hidden her children in their village’s graveyard, covering them with grass and leaves so the rebels wouldn’t discover them. Esther had not seen her husband since they all fled. She’d hidden in her family’s latrine, prepared to climb inside the toilet if it came to that.

As she peered wide-eyed through the slight crack in the door, she slowly caressed her growing stomach, wondering what kind of life her unborn child would have. She didn’t know if any of her family would live through this day.

Her breath caught in her chest as two men with guns approached her house. She’d already watched as they’d burned down her neighbors’ homes and their local church. The smoke still smeared the sky. Those who hadn’t been shot in their homes died in the fires.

The men spoke to one another, arguing. Slowly they pointed to the next house and walked toward it. They shot everyone inside, then burned the house down.

The spray of bullets and anguished cries echoed in Esther’s head as she continued to crouch in the outhouse. Every lengthy pause in the shooting gave her hope — but also made her entire body clench.

Finally, she summoned her courage and peered out again. It was eerily quiet; the rebels were gone. She ran to her children, gathered them up, and headed to her father’s house.

As they approached, she could see his house was still standing. But her heart dropped when she saw her brother’s home next door. It was now a blanket of ash, still smoldering.

Esther said a quick prayer that her father, brother, and her brother’s family had escaped and were all safe. She left her children standing at the threshold, tucked out of sight, as she quietly entered her father’s house.

Her sister-in-law’s body, littered with hundreds of bullets, was lying on the floor. Her intestines spilled out of her body.

Gasping, Esther leaned forward, her hand searching for something to steady her shaking body. Suddenly, she doubled over and grabbed her stomach in agony. Her lower back throbbed with pain.

She wept as silently as she could.

After wiping the tears from her eyes, Esther looked down and noticed blood trickling down her thigh.

Another life — her unborn child — taken by Boko Haram.

Every day, Christians in places like Nigeria are being killed for not converting to Islam. Churches are being burned to the ground. And pastors are being hunted down and executed.

Eventually, Esther, her husband, and their children escaped the rebels — and death. They relocated several times, trying to stay ahead of the terror Boko Haram rained down on communities with Christians.

But numerous families weren’t as fortunate. Many of Esther’s neighbors and friends hid in their ceilings … too afraid to come down even after the shooting stopped. They eventually starved to death in their attics.

The persecution of Christians is rapidly increasing across Nigeria — but these massacres rarely make the news.

These brave believers face the threat of brutal death daily, but they refuse to forsake the God they love. This International Day of Prayer for the Persecuted Church, will you pray for Christians living in Nigeria? They’re being forced from their homes, turned into refugees, and constantly made to fear for their lives.

Please pray they will receive peace and comfort, and that one day they’ll be able to practice their faith openly without fear of death.