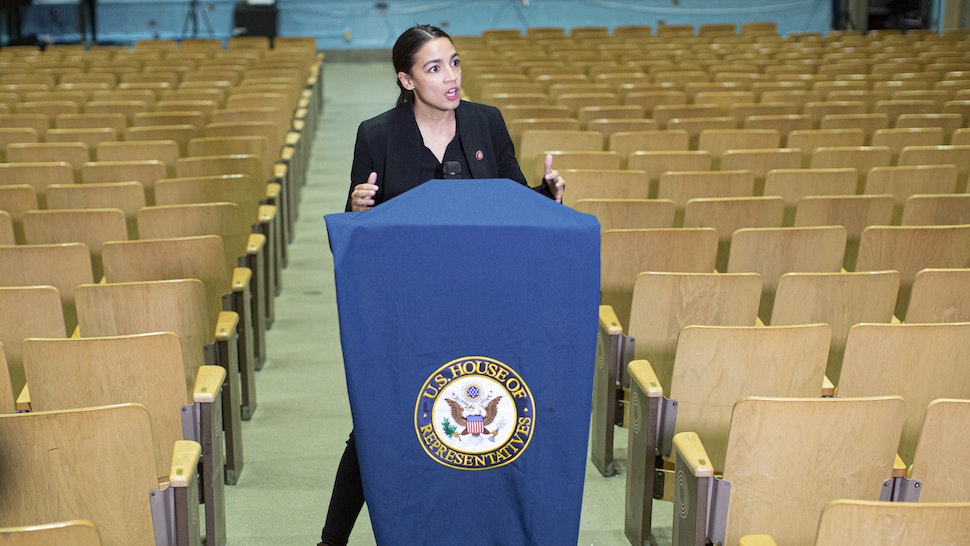 Socialist Rep. Alexandria Ocaiso-Cortez (D-NY) claimed on Saturday that Republicans were making the Democrats’ impeachment inquiry a “partisan issue” and that it was “inappropriate” to ask Democratic presidential candidate Joe Biden’s son, Hunter Biden, to testify before Congress despite the fact that this entire ordeal surrounds a business deal in which he was allegedly involved.

Ocasio-Cortez made the remarks during an interview with ABC News that aired on Sunday while she was on the campaign trail with Democratic presidential candidate Sen. Bernie Sanders (I-VT).

“Congresswoman, I do want to ask you, we had some news that broke earlier today. Your Republican colleagues announced that they intend to call on Hunter Biden as a witness in this impeachment probe. Is he an appropriate witness?” ABC News asked.

“No, I don’t think he’s an appropriate witness, and not only that, but I think that the reason they’re calling for these witnesses, these new witnesses, is because they want to make a spectacle and a circus out of this entire proceeding,” Ocasio-Cortez said.

“They want to distract the American people from the very words that Donald Trump uttered from his mouth in that call with Ukrainian officials trying to extort a foreign government into intervening into the United States elections,” Ocasio-Cortez continued, apparently ignoring the fact that President Donald Trump released the transcript of the call.

“And, in fact, these witnesses that they’re calling are politically motivated,” Ocasio-Cortez continued, again apparently unaware of the fact that impeachment is a political event.

“Republicans are turning this into a partisan issue,” Ocasio-Cortez claimed, ignoring the fact that it was House Democrats who launched the inquiry and not a single Republican voted in favor of it and two Democrats voted against it.

“We need to protect the rule of law in the United States of America, and they’re imperiling it by trying to turn this into a sideshow, and it’s undignified and it’s wrong,” Ocasio-Cortez continued. “And you know, that, on another level is profoundly dangerous, and this is endangering people that we rely on to call on when government goes awry.”

“We rely on whistleblowers to maintain the integrity of our government, they play an important role, and that is why we have whistleblower protection laws on the books in the United States,” Ocasio-Cortez continued, apparently unaware of the fact that it is not illegal for anyone to identify the whistleblower except for the inspector general, as stated by U.S. law.

.@AOC says Republicans want to call Hunter Biden as a witness to turn impeachment into a "sideshow."

FACT CHECK: By a 5-point margin, more voters would like Joe and Hunter Biden investigated than support holding hearings to consider impeachment of @realDonaldTrump. pic.twitter.com/ujljl6RrYb