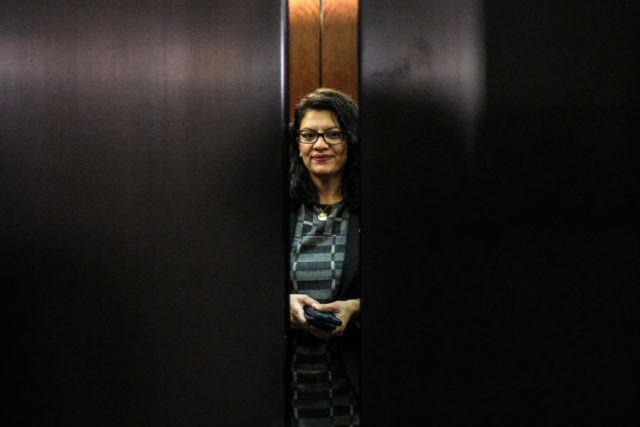 The House Ethics Committee on Thursday announced it has expanded its examination of possible campaign finance violations by Rep. Rashida Tlaib (D-MI).

The committee released a series of eyebrow-raising messages in which the freshman congresswoman asks for congressional campaign money to help relieve her personal financial struggles.

According to Federal Election Commission (FEC) filings, Tlaib paid herself $17,500 from her campaign bank account following her election in 2018. Lawmakers are prohibited from compensating themselves using campaign funds once they are elected.

The Committee notes that the mere fact of conducting further review of a referral, and any mandatory disclosure of such further review, does not itself indicate that any violation has occurred, or reflect any judgment on behalf of the Committee.

Communications published by the House Ethics panel show the Michigan Democrat reaching out to her staff members in search of money amid mounting personal debt.

In August 2018, Tlaib sent a text message to Ryan Anderson, now her chief of staff, at 6:38 a.m. regarding her money problems.

“Sorry for the early text but do you think the campaign can still pay me a stipend until the general. Trying to get out of debt,” she wrote.

“I think we definitely afford to do so. But we need to really clearly define your time and space,” Anderson wrote back.

In another note, Tlaib emailed Anderson that she was “not going to make it through the campaign without a stipend.”

“With the loss of a second income to lean back on,” the far-left “Squad” member added:

I am requesting $2,000 per two weeks but not exceeding $12,000. The cost of living stipend is going towards much needed expenses due to campaigning that includes car maintenance, child care and other necessities. Please let me know if I can proceed.

The House Ethics Committee first revealed it received a referral about possible violations by Tlaib in August of this year.

The panel also said Thursday that it was reviewing allegations of a possible relationship between Rep. Alcee Hastings (D-FL) and a staff member and is looking into whether the congressman, who was once impeached for bribery and perjury as a judge, had “received any improper gifts, including any forbearance, from that employee.”