Over a dozen cities in chaos, two dead and multiple injured 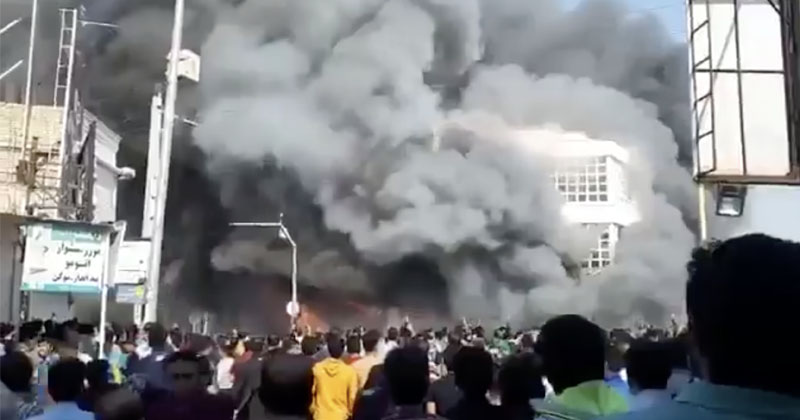 With protests and unrest raging in multiple hot spots around the globe from Latin America to Hong Kong to Lebanon and Iraq, it could be Iran’s turn to join in.

Amid a fresh price hike in gasoline — the latest in a string of woes to hit the sanctions ravaged Iranian economy, ultimately making life miserable for the common populace — rare mass protests have broken out in multiple cities.

Protests and clashes with police began Friday when petrol prices suddenly rose by at least 50% after government subsidies on it were slashed. Government statements said the plan is to divert the funds in order to make cash payments to low-income households.

In essence Tehran authorities dubiously claim they were forced to “free up money” to assist the poor; however, it appears more drastic scrambling as Tehran struggles to find global purchasers to offload its oil.

#Iran, Nov 16- Millions of citizens across the country take to streets, closing the roads to protest against tripling gas prices. Video sent form the city of Shiraz. pic.twitter.com/a6FSw9gAEN

And as of Saturday Reuters Persian reports that gas prices have tripled, taking millions of angry middle class demonstrators to the streets across the country.

Early report about middle class and upper class protesting in Tehran Pars is now confirmed. People are on t he streets chanting “down with the dictator” and burning Sina Bank. https://t.co/AUOt9kFtw1 pic.twitter.com/BNB5x0Tils