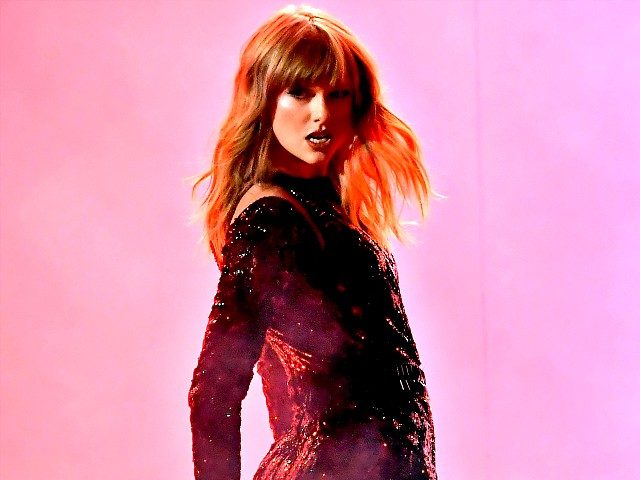 Pop superstar left-wing activist Taylor Swift has been accused of whipping up her fan base in a calculated way that is endangering the employees of her old recording label, which is currently embroiled in a bitter feud with the singer.

Big Machine Records said that it was attempting to privately resolve its ongoing dispute when the singer decided on Thursday to air her grievances to her millions of social media followers. What followed is a war of words that has escalated to dramatic effect in less than a day.

“Despite our persistent efforts to find a private and mutually satisfactory solution, Taylor made a unilateral decision last night to enlist her fanbase in a calculated manner that greatly affects the safety of our employees and their families,” the company said in a statement to media outlets.

On Thursday, Taylor Swift fired off an angry statement on Twitter and other platforms, accusing the owners of Big Machine of denying her permission to perform a medley of her old songs at the upcoming American Music Awards, where she will be honored as Artist of the Decade.

She also claims that Big Machine owners Scott Borchetta and Scooter Braun have denied Netflix access to her old songs or performance footage for a documentary that the streamer is making on her life.

Big Machine’s owners expressed shock over her public statements, though they stopped short of denying the substance of her claims in a carefully worded statement of their own sent to media outlets.

“As Taylor Swift’s partner for over a decade, we were shocked to see her Tumblr statements yesterday based on false information. At no point did we say Taylor could not perform on the AMAs or block her Netflix special. In fact, we do not have the right to keep her from performing live anywhere,” the company said.

Swift left her longtime relationship with Big Machine last year to sign with Universal Music, a division of Vivendi. Big Machine was later sold to Ithaca Holdings, a company owned by Scooter Braun.

The pop diva has made no secret of her feelings about Braun, accusing him of repeatedly bullying her and convincing his client Justin Bieber to take his side. “This is my worst case scenario,” Swift wrote in a Tumblr post earlier this year.

Her latest social media salvo contains a direct plea to her fan base.

“The message being sent to me is very clear. Basically, be a good little girl and shut up. Or you’ll be punished,” Swift wrote this week.

“This is WRONG. Neither of these men had a hand in the writing of those songs. They did nothing to create the relationship I have with my fans. So this is where I’m asking for your help.”

She told her followers to “please let Scott Borchetta and Scooter Braun how you feel about this.”

Don’t know what else to do pic.twitter.com/1uBrXwviTS

Big Machine claims that Swift has declined all of its invitations to work through the issues.

“Taylor, the narrative you have created does not exist,” the company said. “All we ask is to have a direct and honest conversation. When that happens, you will see there is nothing but respect, kindness and support waiting for you on the other side. To date, not one of the invitations to speak with us and work through this has been accepted.”

Swift has denied these claims, too. In a statement published Friday in Variety, the singer said Big Machine owes her close to $8 million in unpaid royalties.