Undermines justification for show of force conducted by US, Britain and France in response to alleged attack in 2018 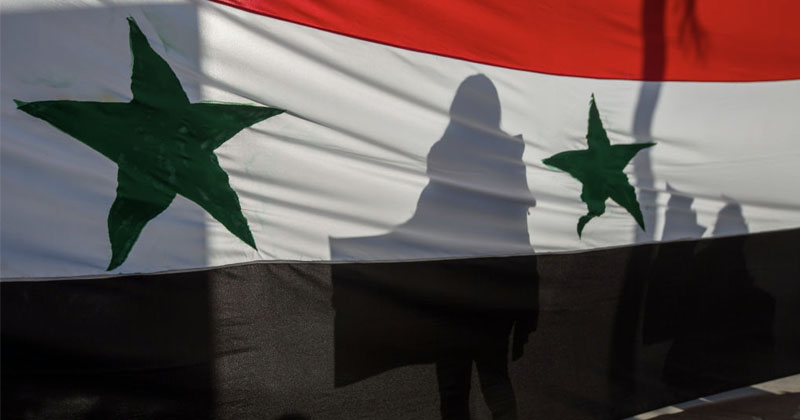 An internal OPCW email indicates that the chemical weapons watchdog’s leadership doctored a report on the 2018 Douma incident to bring it in line with West-favored claim that it was an attack by the Syrian government.

A newly published internal email seriously undermines the justification for the show of force conducted by the US, Britain and France in response to the alleged attack. The three NATO allies unleashed barrages of cruise missiles at targets in Syria, which they claimed to be involved in producing chemical weapons.

RELEASE: Secret internal e-mail from OPCW whistleblower, a member of the fact-finding mission sent to Douma, Syria, after the alleged chemical attack in April last year, accusing OPCW management of doctoring report on the incident and distorting facts. https://t.co/ndK4sRikNk

In April 2018, a chemical weapons attack was reported in Douma, Syria, with dozens of civilians allegedly killed. The Organization for the Prohibition of Chemical Weapons (OPCW) sent a fact-finding mission to the site, although the inspection was stalled by fighting between radical jihadists, who controlled Douma at the time of the incident, and the Syrian government forces. Nevertheless, evidence was eventually collected and the OPCW produced a report that all but pinned the blame for the attack on Damascus.

An internal email sent by one of the inspectors in that team indicates that the management of the organization seriously modified the document, totally omitting facts that didn’t fit the anti-Damascus narrative and misreporting others to fit it. The email was released by whistleblower site WikiLeaks and covered by several leading European publications, including La Repubblica in Italy, Stundin in Iceland, Der Spiegel in Germany, and the Mail on Sunday in the UK.

The email sent by the inspector, whose name was redacted, outlines several instances, in which facts discovered by the team had been distorted or suppressed in a draft OPCW report, resulting in “an unintended bias” of the resulting text.

One objection related to saying that the team discovered sufficient evidence that chlorine gas was likely released from two cylinders found at two locations in Douma. The actual evidence pointed to the presence of one or several chlorine-containing chemicals. It might have been the gas, but it could as well be something other like chlorine-based bleach.

Another complaint was about overstating the levels of chlorinated organic derivatives found in the environment. “They were, in most cases, present only in parts per billion range, as low as 1-2 ppb, which is essentially trace quantities,” the email states.

The compounds in question are a tell-tale sign of reactive chlorine that can be found long after the toxic chemical itself has dissipated, which was relevant in this case because the fact-finding mission reached Douma weeks after the incident.

The changes made in the report also point to the cylinders as the likely source of the chlorine gas. The inspectors who wrote the original report “purposely emphasized” that though it may be the case that they found insufficient evidence to affirm the theory. “It is possible the error was simply a typo. This is a major deviation from the original report,” the inspector wrote.

One of the major omissions deals with inconsistency between the victims’ symptoms as reported by witnesses or shown in footage of the purported attack and those that people affected by chlorine gas are supposed to have. Dropping that section “has a serious negative impact on the report as this section is inextricably linked to the chemical agent identified,” the email said.

Another objection refers to parts of the original report describing the placement of the cylinders and the damage found on them and in the area, which were “are essentially absent from the redacted report.” The prevailing narrative was that the cylinders were dropped from the air by government forces. An engineering assessment penned by OPCW inspector Ian Henderson, which was leaked earlier in May, said the evidence could not support this scenario and had been suppressed by the OPCW.

The email is consistent with what an OPCW whistleblower earlier told an expert panel by the Courage Foundation last month. It also gives credence to a scolding story in CounterPunch, which said Robert Fairweather, the chief of cabinet of then-Inspector General Ahmet Uzumcu, of being the driving force behind the alterations.

CounterPunch apparently cites the same internal email as well as claims by a whistleblower, who said Fairweather allowed three US officials to have an impact on the drafting process. The Americans pressured the OPCW into blaming the Syrian government. The organization leadership then decided it needed to include a ‘smoking gun’ in the final report the whistleblower said.

Fairweather is the recipient of the email, though interestingly his name was redacted by the Mail on Sunday for unclear reasons. The British newspaper, however, provided some additional details into how the preparation of the report happened. It said four increasingly censored versions of the document had been produced as OPCW management fought off dissenting voices among the scientists. The final version was released in March this year.