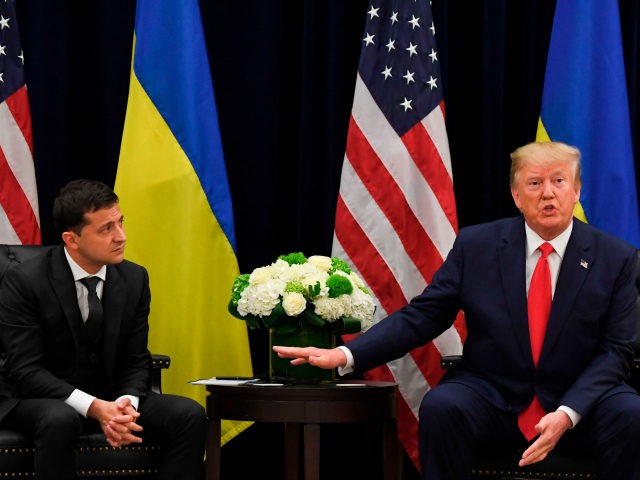 One of the most common criticisms of President Donald Trump’s foreign policy used to be that he seemed willing to meet foreign leaders “without preconditions.”

Whether Russian President Vladimir Putin, North Korean dictator Kim Jong-un, or Iranian President Hassan Rouhani, the media insisted that Trump’s willingness without preconditions to meet was reckless. Many even suggested that he could not be trusted alone in a room with Putin. Congress wanted his translator to testify.

Of course, the media were delighted when then-Sen. Barack Obama (D-IL) was asked if he would be “willing to meet separately, without precondition, during the first year of your administration, in Washington or anywhere else, with the leaders of Iran, Syria, Venezuela, Cuba and North Korea,” and answered in the affirmative. That was proof of his commitment to diplomacy, as opposed to the supposed warmongering of then-President George W. Bush.

But Trump, somehow, was not to be trusted.

The difference between Trump and Obama is that in Trump’s case, he has been willing to meet without preconditions after he has already taken an aggressive military or economic step. He slapped sanctions on Russia, armed Ukraine, and attacked Russia’s ally, Syria; he sanctioned North Korea and threatened Kim Jong-un with “fire and fury”; he imposed severe sanctions on Iran that are destroying its economy. In contrast, Obama abandoned missile defense against Russia and declined to give Ukraine military aid; did next to nothing about North Korea; and handed massive amounts of cash to Iran in exchange for a weak nuclear deal.

Nevertheless, they persisted: Trump’s willingness to meet without preconditions was evidence that he did not know what he was doing — or, conversely, that he did, and was eager to surrender to Putin, or to be swindled by Kim.

Suddenly, however, when Trump allegedly imposed the mildest of preconditions on Ukraine for a White House visit — investigations of past  election interference and specific cases of corruption — the media and the Democrats called it an impeachable offense. (It is not even clear there were preconditions for a meeting. Ambassador Gordon Sondland testified that they were; former Amb. Kurt Volker, a more credible witness, testified that they were not.)

In this case — as every single witness in the impeachment inquiry testified, without exception — President Trump has been a better friend to Ukraine than his predecessor, who would not send the military aid Trump provided.

And in the end, he agreed to meet the Ukrainian president in Warsaw and New York, without preconditions.

Joel B. Pollak is Senior Editor-at-Large at Breitbart News. He earned an A.B. in Social Studies and Environmental Science and Public Policy from Harvard College, and a J.D. from Harvard Law School. He is a winner of the 2018 Robert Novak Journalism Alumni Fellowship. He is also the co-author of How Trump Won: The Inside Story of a Revolution, which is available from Regnery. Follow him on Twitter at @joelpollak.