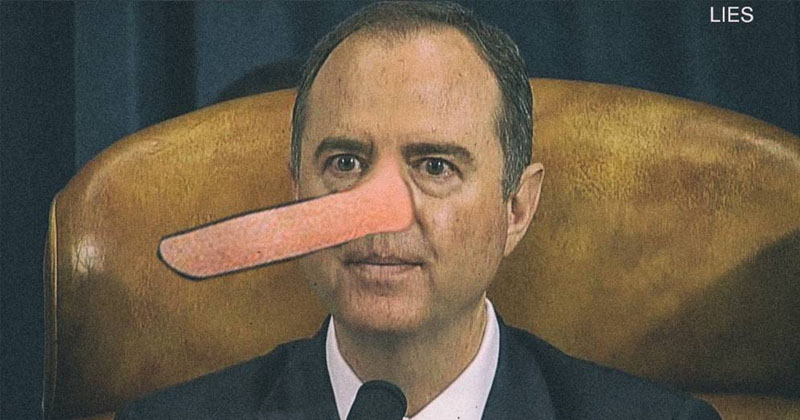 During the testimony of the all knowing potential Ukrainian defense minister Lieutenant Colonel Vindman, impeachment hearing Commandant Adam Schiff once again flipped out over the potential outing of the whistleblower, thus raising plenty of questions about what Schiff truly knows about the whistleblower.

Of course, that’s all well and good in order to protect the Democrat’s witnesses, but anyone threatening their fragile impeachment narrative is fair game.

Rep. Jackie Speier went on to accidentally prove there is no law protecting a whistleblower’s identity.

As Breitbart reported, “Speier read aloud from a Washington Post article published earlier in the day that fact-checked Schiff’s claim that the whistleblower — whom Democrats previously wanted to testify — has a ‘statutory right’ to anonymity. She read the following into the record (emphasis added): Federal law expressly restricts the inspector general’s office from disclosing whistleblowers’ identities. [It says that “the Inspector General shall not disclose the identity of the employee without the consent of the employee, unless the Inspector General determines that such disclosure is unavoidable during the course of the investigation or the disclosure is made to an official of the Department of Justice responsible for determining whether a prosecution should be undertaken.”]

“That appears to be the lone statutory restriction on disclosing a whistleblower’s identity, applicable only to the inspector general’s office. We found no court rulings on whether whistleblowers have a right to anonymity under the ICWPA or related statutes. Vladeck said it is nonetheless a best practice to avoid disclosure of the Ukraine whistleblower’s identity, ‘given the concerns about retaliation.’ McCullough said, ‘We’ve stepped into bizarro-land when senior policymakers are trying to yank a CIA employee into the public spotlight in retaliation for making a whistleblowing complaint, especially when there are credible threats to that employee’s personal safety.’”

After unwittingly exposing Adam Schiff’s fraud, Speier went on to insult the President, followed by thunderous applause. The applause, which is usually not permitted, solidifies the lopsided mob rule mentality that oversaw these sham hearings.