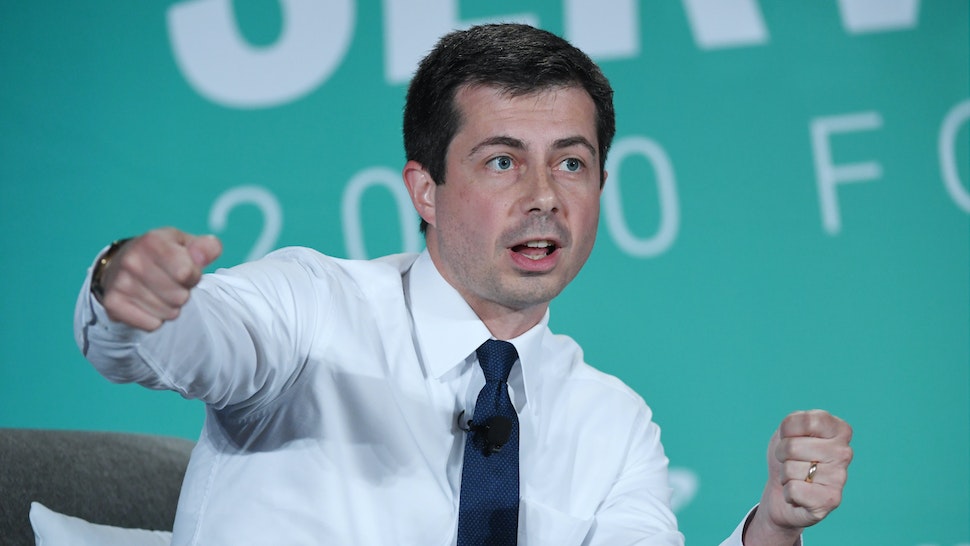 During the segment, Tapper asked Buttigieg about one of the candidate’s most prominent issues – his lack of support from African American voters.

TAPPER: So, you know this – no Democratic candidate in modern presidential history has won the Democratic nomination without winning the majority of black votes. A Quinnipiac poll out this week has you polling at 0% among black voters in South Carolina.

Now it’s just one poll, and it’s just a snapshot, but it’s not good. You said voters are still getting to know you. The South Carolina’s primary is just 92 days away. Is that enough time?

BUTTIGIEG: It is. I recognize and welcome the work we have ahead. That same poll you mentioned showed that a majority of black voters in South Carolina say they don’t have an opinion of me right now. That means we’ve got work to do, but we’re doing the work. We’re making investments, both on the air and on the ground. I’ll be engaging a lot personally.

And what we do know is that when black voters hear the agenda that I have for black America – and what motivates me to deal with these issues – the response is supportive, it is powerful, and I believe that that is going to carry us to success in South Carolina and across the country.

Tapper quoted Davis, who said that Buttigieg’s problems with African Americans in South Bend are “a consistent issue that has not gone away.”

“These are voters who have known you now for years,” Tapper said. “What’s the issue?”

Buttigieg replied, saying that while he respects Davis, they have “disagreed on politics a great deal.”

Obviously, no one person speaks for black voters in South Bend, and I’m proud of some of the black supporters who know me best from Indiana and from South Bend, who have not only supported our campaign, but traveled with us and helped tell the story of our community.

Tapper then suggested that several of the Buttigieg campaign’s missteps have essentially been unforced errors. The host brought up the fact that a photograph of a Kenyan woman was initially used to promote the Buttigieg “black economic empowerment plan.”

Then Tapper cut to the bone: “Separately, you mistakenly listed two black South Carolinians as endorsing you when they only endorsed the plan.”

Buttigieg spun, saying that he would “own” any mistakes made on the campaign because he’s at the head of it.

“But we’re also proud of the hundreds of people who have stepped up to support the Douglass Plan, which has been praised as the most comprehensive plan put forward in the 2020 campaign for doing something concretely and systematically about systemic racism in this country,” the mayor stated.

“Again, it gets a powerful and favorable response as I reach out to voters and make sure I communicate exactly what we’re going to do,” Buttigieg concluded. “And we’re going to make sure that we do the strongest possible job as we go forward of getting that message out.”

While Tapper did mention the recent Douglass plan debacle in which the Buttigieg campaign promoted endorsements from prominent African Americans in South Carolina who hadn’t necessarily endorsed the plan or the candidate, Buttigieg didn’t provide a direct answer, and Tapper simply moved on to the next question.

The most recent Economist/YouGov poll asked respondents: “If the Democratic presidential primary or caucus in your state were held today, who would you vote for?”

While 9% of the national sample said they would vote for Buttigieg, only 2% of African American voters said the same. For comparison, front-runner Joe Biden has 47% African American support in the same Economist/YouGov poll.

A Hill-HarrisX survey has Buttigieg at 1% support nationally among African Americans.

While Buttigieg has seen surges in overall support in Iowa and New Hampshire – predominantly white states – in the more diverse South Carolina, where African Americans represent 27% of the population, he sits in fourth place, polling at 0% among African American voters, according to the most recent Quinnipiac poll.