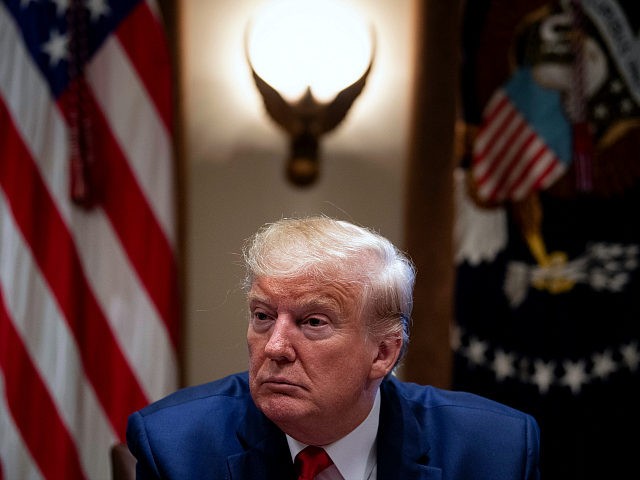 “A man of great achievement and success, I know Ken will do an outstanding job!” Trump wrote. on Twitter.

Trump detailed his decision to fire Navy Secretary Richard Spencer on Sunday, pointing out he was “not pleased” with how the Navy treated SEAL Eddie Gallagher.

“I was not pleased with the way that Navy Seal Eddie Gallagher’s trial was handled by the Navy,” Trump wrote, noting that the retired SEAL was “treated very badly” despite being exonerated on many of the charges against him.

Trump announced last week he would restore Gallagher’s rank after the Navy lowered it after he was convicted of taking a photo with a dead Islamic State terrorist.

In response, the Navy under Spencer launched a review board action on whether Gallagher could keep his trident pin, threatening his identity as a SEAL.

Trump again stepped forward to announce on Twitter that Gallagher would keep his pin, despite the ongoing review.

Navy Secretary Richard Spencer said he would continue the review as he did not believe that Trump’s message on Twitter was an official directive. He also privately proposed to the White House that if they would let the inquiry continue, he would ensure that Gallagher could keep his trident pin, according to reports.

Department of Defense Secretary Mark Esper announced Sunday that he had asked for Spencer’s resignation.

Trump also criticized Spencer for failing to address cost overruns in the Navy.

“I thank Richard for his service & commitment,” he wrote. “Eddie will retire peacefully with all of the honors that he has earned, including his Trident Pin.”

I was not pleased with the way that Navy Seal Eddie Gallagher’s trial was handled by the Navy. He was treated very badly but, despite this, was completely exonerated on all major charges. I then restored Eddie’s rank. Likewise, large cost overruns from past administration’s…..

….contracting procedures were not addressed to my satisfaction. Therefore, Secretary of the Navy Richard Spencer’s services have been terminated by Secretary of Defense Mark Esper. I thank Richard for his service & commitment. Eddie will retire peacefully with all of the…..