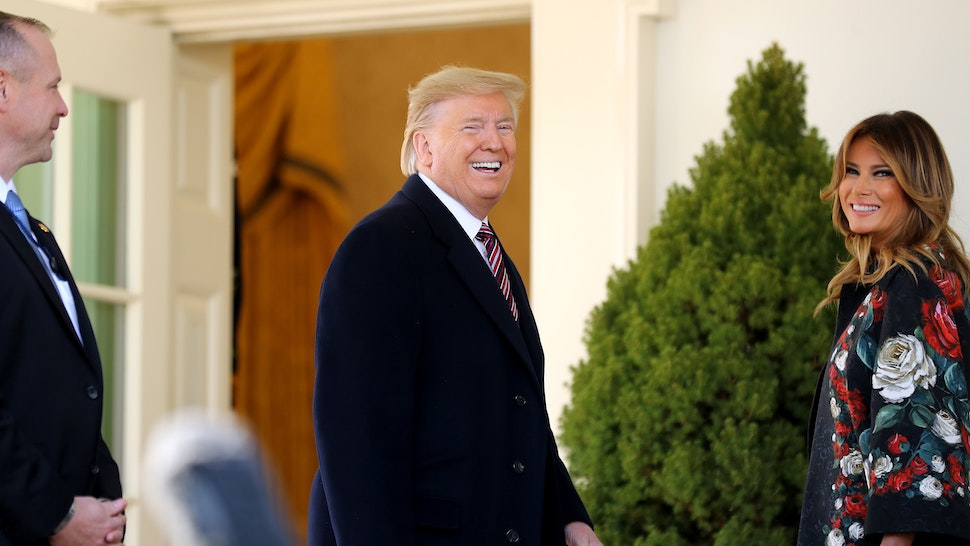 The Supreme Court on Monday blocked House Democrats’ attempts to gain access to President Donald Trump’s financial records, at least temporarily, instructing Trump’s lawyers to file a petition by December 5 on why the Supreme Court should take on the case.

“The court’s action signals that, even as Congress considers impeaching Trump, the court will undertake a more complete consideration of the legal powers of Congress and state prosecutors to investigate the president while he is in office,” The Washington Post reported. “The court instructed Trump’s lawyers to file a petition by Dec. 5 stating why it should accept the case for full briefing and oral argument. If the petition is eventually denied, the lower court ruling will go into effect. If accepted, the case likely will be heard this term, with a decision before the court adjourns at the end of June.”

Trump lawyer William Consovoy said in a court filing, “The Court should grant the stay. This is a significant separation-of-powers clash between the President and Congress. The dissenting judges made a compelling case why review is warranted and the decision below is unlikely to survive further review. And the Committee now says it will suffer no irreparable harm so long as the Court hears this case ‘on an expedited basis this Term, if it does grant certiorari,’ id. at 2, while Applicants will obviously suffer irreparable harm if a stay is denied. There is simply no basis to deny interim relief and thus end this case before Applicants have the opportunity to file a certiorari petition. To that end, Applicants are prepared to proceed on any schedule that the Court deems appropriate should the stay pending certiorari be granted.”

More BREAKING: The Supreme Court on Monday blocked House Democrats from gaining immediate access to Donald Trump’s financial records. Trump’s lawyers now have until Dec. 5 to file a formal petition for a hearing on the case. pic.twitter.com/A3lP61OLi9

The news comes as House Democrats are in the midst of trying to impeach the president over a July 25 phone call he had with Ukraine President Volodymyr Zelensky where Democrats claim that he engaged in a quid pro quo.

“The subpoenas issued by the congressional committee and separately by Manhattan District Attorney Cyrus Vance Jr. are directed to the president’s longtime accounting firm Mazars USA. It has said it will comply with the eventual court order, so turning over the records would not require any action on the president’s part,” The Post added. “The subpoena from the House committee was issued in April, before that body took up a formal impeachment inquiry. But Letter said impeachment proceedings underscore the need for the court to move quickly.”

Democrats say that they need Trump’s financial records to determine “whether senior government officials, including the president, are acting in the country’s best interest and not in their own financial interest, whether federal agencies are operating free from financial conflicts and with accurate information, and whether any legislative reforms are needed to ensure that these fundamental principles are respected.”