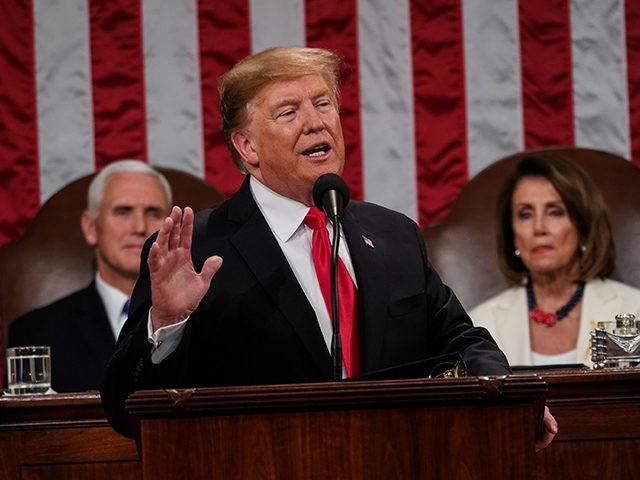 Disruption used to be a buzzword. It was the label applied to Uber, Airbnb, and other startup darlings. It was what every Stanford University graduate used in their Silicon Valley funding pitch.

Back in May CNBC released a list of 50 “disruptors…whose innovations are changing the world.”

However, the day Donald Trump became president of the United States, disruption became a bad thing in our nation’s capital. Washington, D.C., has long been in serious need of a shake-up. But real disruption is unsettling for the status quo.

It should come as little surprise that entrenched special interests and card carrying members of what we now know as the deep state are balking at the leadership of President Trump, Disruptor-in-Chief.

I served on committees in the U.S. Congress where staffers on the Hill controlled access to bills that lawmakers were to vote on. Seriously, you had to ask committee staff permission to read bills that you were responsible for voting on.

Laws were implemented by unelected bureaucrats who took great liberties with the interpretation of statute and sought the broadest authority possible for federal agencies.

Take, for example, the case of Andy Johnson. The Wyoming welder who had to sue the Environmental Protection Agency over $16 million in fines they had assessed for the construction of a man-made stock pond on his private property. (A pond that he already had permitted with the state of Wyoming.)

Or look at Nancy Pelosi’s infamous “we have to pass [Obamacare] so you can find out what’s in it” line. Spoiler: what has been in it for Wyoming is crippling costs, difficulties with access to rural health care, and an exchange that no private insurer wants anything to do with. Obamacare is a bust for rural states and I shudder to think what would happen to rural health care under Elizabeth Warren’s ‘Medicare for All’ con/plan.

All these examples illuminate a broken system. A system ripe for disruption. So why is everyone so upset that disruption is what Trump has brought to D.C.? The shakeup of the deep state and the unceremonious unravelling of the status quo is exactly what Americans wanted. And it is exactly what they are getting.

It is that very disruption and “no more Mr. Nice Guy” attitude that has Wyoming people cheering the president on. Big government sucks and those of us who have to fight the long arm of Washington couldn’t be happier to see regulations reduced and power decentralized.

President Trump implemented an under-appreciated executive order in the first month of his Presidency. He mandated that for every new regulation, two must be done away with. Genius.

Since the beginning of this administration, agency heads have been mandated to reduce red tape and free the American economy. Without executive leadership like that, layer after layer of bureaucracy will crush our system of government, our businesses, and its citizens. We need more of this disruptive leadership in our nation’s capital, not less.

America could always rely on its newness as a nation and its spirit of manifest destiny to drive it forward. But as our country has matured, our institutions have calcified. When Trump won, our founding documents and constitutional principles were on the razor’s edge of being overcome by a centralized, command-and-control system buckling under its own weight.

The Trump presidency can frequently feel uncomfortable. And it should. No longer can D.C. rest on its laurels. The role of government is to protect our rights, not to expand government’s role over us. And disruption is bringing the will of the people to the halls of Washington.

I support disruption as a vehicle to return the Constitution to its rightful place as the guiding document for a nation and as a catalyst to empower states. And I support President Donald Trump, our nation’s first elected Disruptor-in-Chief.

One thought on “Cynthia Lummis: Disruptor-in-Chief Donald Trump Has Changed Washington for the Better”