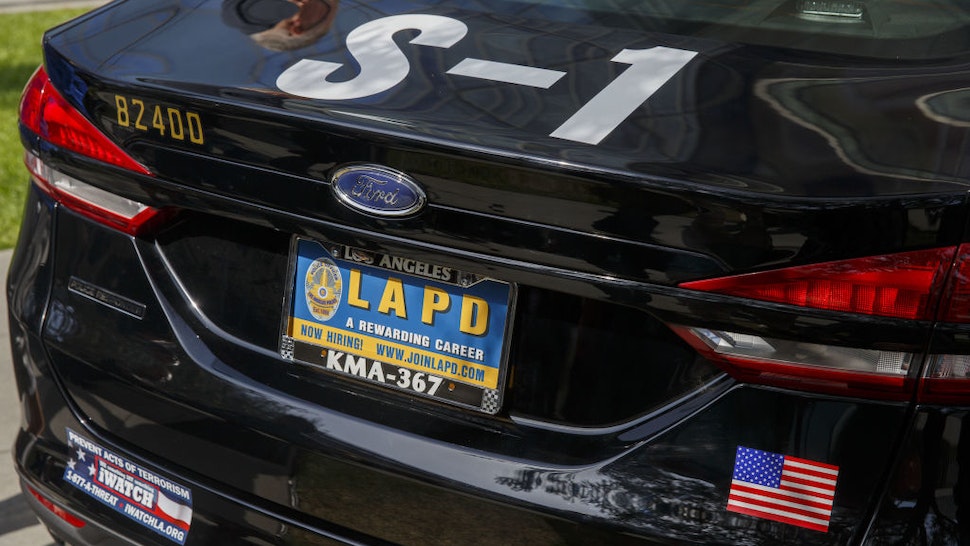 On Tuesday, the Los Angeles Police Department (LAPD) reported they were investigating an incident in which a policeman who responded to a call about a dead woman allegedly got caught on video by his own bodycam as he fondled the dead woman’s breasts.

According to The Los Angeles Times, the policeman and his partner arrived at the residential unit, and after the policeman who is under investigation confirmed the woman was dead, his partner went to the patrol car, leaving the cop under investigation alone with the dead woman. The Times reported, “During that time, the accused officer turned off his body-worn camera and allegedly fondled the woman’s breasts, LAPD officials said. Although the officer deactivated the camera, a two-minute buffer on the device captured the incident.”

LAPD chief spokesman Josh Rubenstein said, ““We immediately launched an administrative investigation once we learned about the incident and we assigned the officer to home.” Assistant Chief Robert Arcos said the video was “very disturbing.” ABC7 reported, “Rubenstein said this particular incident does not fall under the parameters of a critical incident mandating the release of such footage.”

The Los Angeles Police Protective League’s Board of Directors issued a statement to Fox News asserting: “If this allegation is true, then the behavior exhibited by this officer is not only wrong, but extremely disturbing, and does not align with the values we, as police officers, hold dear and these values include respect and reverence for the deceased. This behavior has no place in law enforcement.”

Fox News added, “Last month, the LAPD chief and the union reached an agreement to inspect body camera footage that doesn’t involve arrests or the use of force as a way to make sure officers are following guidelines … Prior to the agreement, supervisors could review recordings mostly on a complaint basis, and discipline officers for misconduct discovered in videos.”

In early November, The Los Angeles Times reported, “The inspections will allow supervisors to determine whether some officers need additional training or counseling to prevent instances of biased policing, (Police Chief Michel) Moore said. Supervisors will make sure officers aren’t rude and that they explain their actions when stopping people, he said.”

The 2019 Manual for the Los Angeles Police Department writes:

A police officer is the most conspicuous representative of government, and to the majority of the people, the officer is a symbol of stability and authority upon whom they can rely. An officer’s conduct is closely scrutinized, and when the officer’s actions are found to be excessive, unwarranted, or unjustified, they are criticized far more severely than comparable conduct of persons in other walks of life. Since the conduct of officers, on- or off-duty, may reflect directly upon the Department, officers must at all times conduct themselves in a manner which does not bring discredit to themselves, the Department, or the City.

It also states, “The officer in charge at the scene of a dead body shall prevent any person, other than a deputy coroner, from searching the body. Whenever possible, a witness, preferably a relative of the deceased or a member of the household, shall be requested to remain at the scene with the officer. The name and address of this person, and a statement verifying his presence, shall be included in the Death Report.”