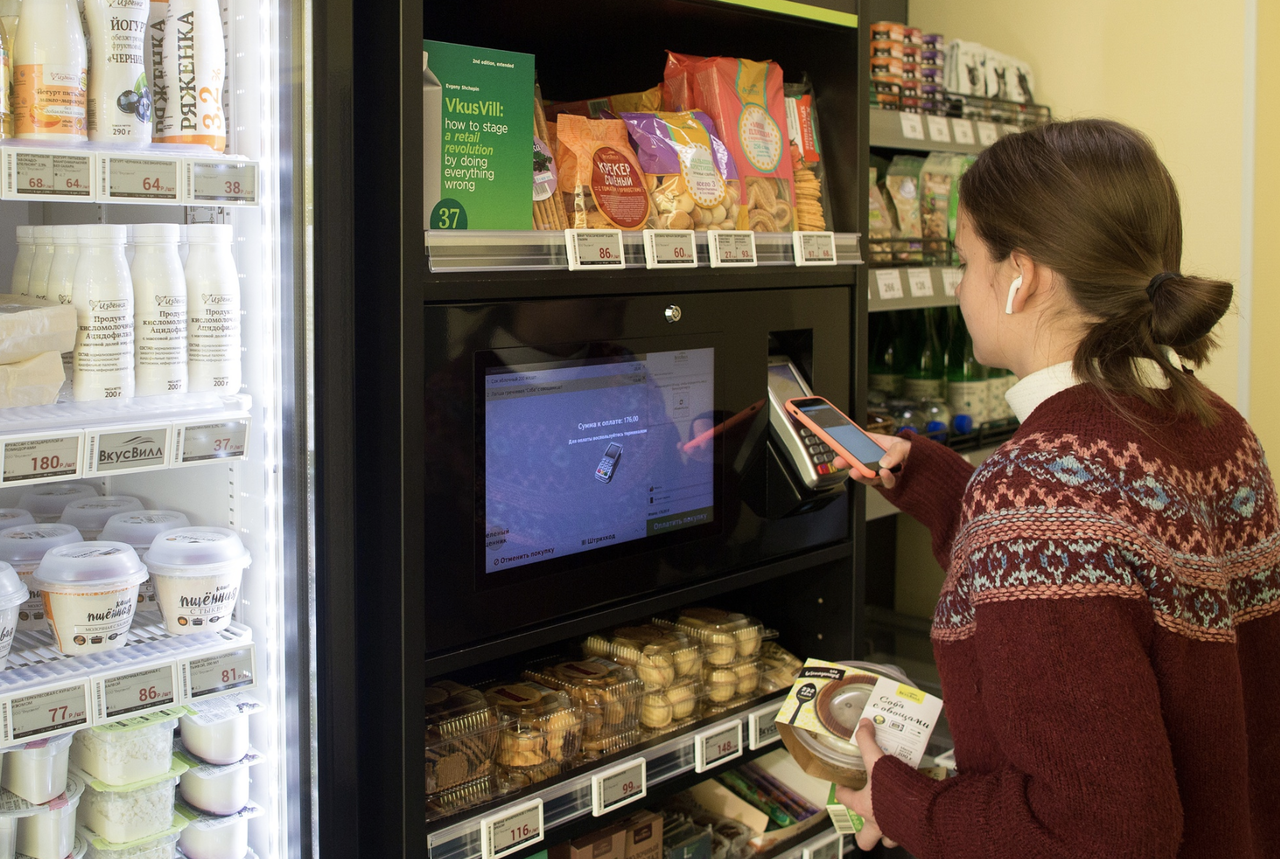 After Amazon spent all that time and money developing its cashierless ‘Amazon Go’ convenience store model, where a complex array of sensors and cameras are employed to ensure that customers are charged for their groceries via their Amazon accounts, convenience store chains from Russia to the US have found that allowing customers to pay for their own items at self-checkout counters – a system that relies on customer honesty – is equally as effective.

It sounds like an invitation to steal, but in the race to make shopping as seamless as possible, it makes sense. And many convenience store owners have found that rates of theft are surprisingly low.

“Our answer to Amazon Go is a store based on trust,” said Andrey Krivenko, founder and chief executive officer of Vkusvill, Russia’s fastest-growing grocery chain, which started opening what it calls “micro markets” in Moscow office buildings last year. “People scan everything themselves and, in our already sizable experience, there’s virtually no theft.”

Check out the photo below, taken at a Vkusvill market in Moscow. It’s not quite the Amazon Go walk out with your groceries model, but it’s close. And at a cost of $0.

Some of these markets have come up with truly ingenious psychological tricks to discourage theft.

Across the globe in downtown New York, beverage-maker Iris Nova sells $10 bottles of brands like Dirty Lemon in a small store in the bottom of a building that doesn’t have employees or a cash register. Customers are trusted to use their phones to pay for drinks via text message. The space has visible security cameras, as well as mirrors that may subconsciously push visitors to pay because they don’t want to see themselves stealing—although the company says the mirrors are purely for aesthetics.

Such a setup works because “you want to show yourself you’re a good person,” according to Kelly Goldsmith, an associate professor of marketing at Vanderbilt University’s Owen Graduate School of Management, describing it as “self-signaling.”

The mirror thing has helped the location clock a theft rate below 5%.

The Iris Nova location has a theft rate below 5%, according to founder and CEO Zak Normandin. Many retailers have rates of stealing, or what the industry calls shrink, of about 2%, but they also pay for deterrents like security systems and employees.

“People know it’s not right to take things that aren’t yours,” said Normandin, who plans to open similar stores in Los Angeles, Chicago and Miami. “When you give consumers an easy way to do that, people are going to choose the right thing.”

The trend has led to the rise of ‘micro-markets’.

In Japan, Ezaki Glico Co. has also made a business out of selling on the honor system. The company places snacks such as Pocky and Pretz biscuit sticks in drawers, shelves, and sometimes the office fridge. Those who want to indulge simply drop a coin in a container. Glico says it’s installed more than 100,000 of these units since 2002 and has a 95% recovery rate on payment.

That may not come as a huge surprise in Japan, where social harmony is prized and crime rates are low, but the same phenomenon is playing out elsewhere.

In Moscow, Vkusvill’s micro markets are similar, but customers pay using a credit-card machine after selecting snacks, ready-to-eat meals and from fridges and shelves on the office floor.

Even though it’s hard to imagine that they don’t get robbed blind, customers insist that the convenience factor is fantastic.

“It’s hard to imagine they don’t get robbed blind,” said Nathan Hunt, the head of Ronald A. Chisholm Ltd.’s Moscow office, who has bought food at a Vkusvill micro market in a skyscraper in the capital. “But the convenience factor is great.”

Vkusvill is also developing unmanned shops to roll out to the general public that will involve more technology like facial recognition to increase security, Krivenko said.

Selling based on trust could be hard to expand to general retail environments, said Ilia Filimonov, who runs DC Daily, a cashier-less food service in Moscow that uses sensors and other technology to enforce payment. The idea works best in offices, where employees can easily afford to pay and feel like they’re part of a community.

These stores have a few limiting factors: Fresh goods are a no-no since they’re difficult to maintain without a vigilant eye. But there’s a lot of potential: as facial recognition technology improves (driven, as always, by the Chinese security-state apparatus and its international suppliers) theft rates will likely continue to drop.