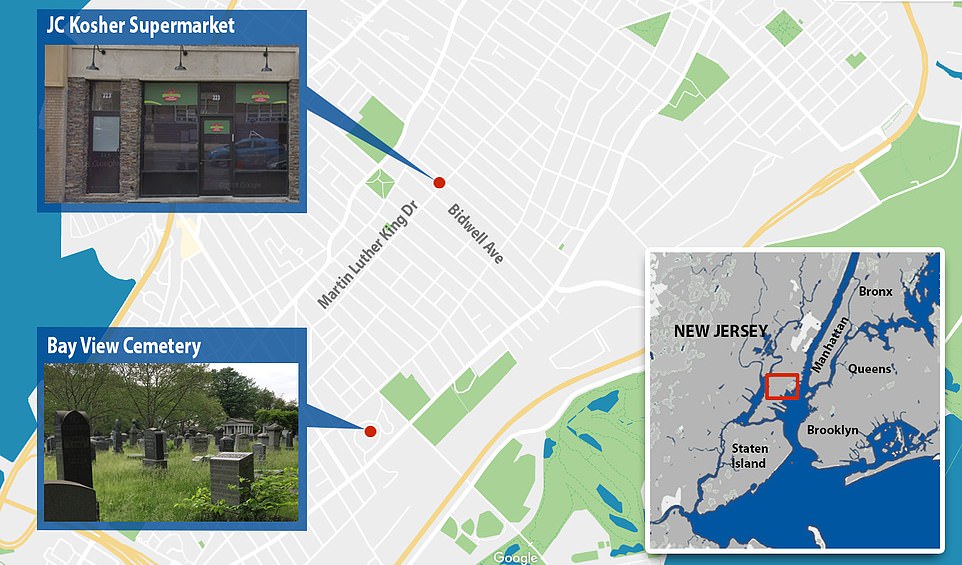 One police officer, three civilians, and two suspects are dead after a multi-hour SWAT standoff at a kosher market.

Detective Joseph Seals, 39, was gunned down and killed on Tuesday by the two unnamed suspects, who then went on to hijack a U-Haul truck, kill three civilians in a market, and engage in an hours-long shootout with police before the suspects themselves died.

Shocking bystander video shows the moment that another police officer was injured by gunfire from the suspects’ high-powered rifles during the standoff.

Seals, a married father of five, was a member of the CeaseFire Unit, a special team that tried to de-escalate gun violence and get guns off the street.

At around 12.30pm, Seals approached two suspects at or around the Bay View Cemetery as part of an investigation, and was shot dead, according to Police Chief Michael Kelly.

The two suspects, who are both male despite previous reports to the contrary, then hijacked a U-Haul, fled the scene, and holed up in the JC Kosher Supermarket, killing three before dying in a police shootout.

Police say that at this time they do not believe the incident has a connection to terrorism, and that the situation is no longer active.

The incident terrified residents as gunfire rang out for hours, and at least two police officers were struck by gunfire in the standoff.

Both were transported for medical treatment and have since been released from the hospital.