Under a tyrannical regime that promotes murder, gun registration serves only one purpose 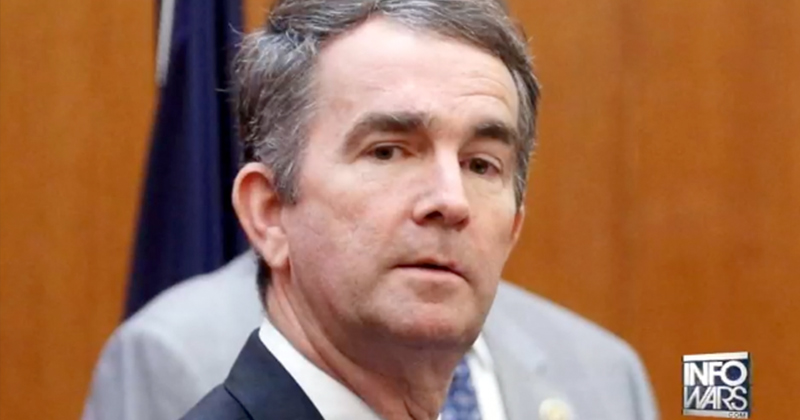 Virginia Gov. Ralph Northam — perhaps best known for wearing blackface and celebrating the infanticide of healthy, living human babies — is now promoting the creation of a kill list of patriots who will, if history repeats itself, be hunted down and murdered by the authoritarian state.

After all, a corrupt, anti-liberty government that’s willing to kill human infants is also willing to murder its own citizens in the streets. The kill list construction effort is being called “mandatory gun registration,” and it’s the pillar of Gov. Northam’s newest tyrannical scheme for turning the State of Virginia into a Democrat-run prison camp where no human being is free.

Gov. Ralph Northam — whose family owned 84 slaves — is best known for insisting that when a human child is born alive and healthy, it should be “kept comfortable” until the mother decides to have it murdered after birth, in the name of “women’s health.” This is infanticide, pure and simple, and it is a felony crime of premeditated murder.

Yet Gov. Northam openly endorses that murder, claiming that the State of Virginia allows such murders to be carried out in unlimited numbers, apparently at any age of the child.

Now, this child murderer wants to push “gun registration.” Under a tyrannical regime that promotes murder, gun registration serves only one purpose: So that the corrupt, murderous, treasonous state can know where to find all the patriots and gun owners. Why is this information desired by the criminal state government? Obviously, it’s because Democrats plan to do something the citizens might shoot them for attempting to carry out.

“[T]he governor’s assault weapons ban will include a grandfather clause for individuals who already own assault weapons, with the requirement they register their weapons before the end of a designated grace period,” said Northam spokeswoman Alena Yarmosky, as covered by VirginiaMercury.com.

Notice that Gov. Northam is not calling for a disarmament of the Virginia State Police, local police departments or even his own armed security personnel. As is true with all gun control tyrants, Northam intends for his own Democrats to keep their guns, while first “registering” and then confiscating all guns from private citizens.

GUN REGISTRATION IS THE PRELUDE TO GUN CONFISCATION, THEN “DEMOCIDE”

Any Virginian who is stupid enough to register their firearms with the state will very quickly discover that gun registration is the prelude to gun confiscation, followed by genocide against all patriots. The only reason the corrupt state needs to know where all the gun owners live is because they plan to go door to door, confiscating all those guns at gunpoint, ultimately followed by the mass murder of conservatives, patriots, gun owners, Trump supports and Christians.

After all, this is what Democrats now demand: The complete extermination of their political opponents. “Coexistence” is an alien concept to intolerant, bigoted, lawless Democrats who are desperately trying to overthrow the nation by impeaching Trump under flimsy, farcical accusations of “abuse of power.”

Listen to my podcast about gun control myths:

In the last century or so, governments have murdered 262 million human beings, and much of it took place after gun confiscation first disarmed the citizens. See the following timeline chart, which details the mass deaths of over a quarter of a billion human beings, all carried out by corrupt, genocidal governments that think and act exactly like the Democrats in America today: 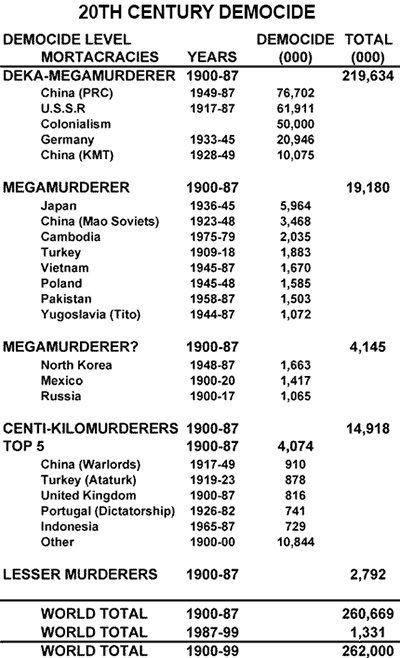 What the timeline shows is that corrupt, tyrannical governments routinely carry out mass murder of their political opponents. One reason this hasn’t happened in modern America is because of the Second Amendment: Citizens owning guns keeps tyranny in check by causing would-be tyrants and genocidal maniacs who run government to rethink their plans in the context of citizens returning fire.

Hence the urgent need for gun registration, followed by gun confiscation. The prisoners living in the “prison camp” known as the State of Virginia must first be disarmed. Only then can the genocide succeed and finally “rid” the state of those pesky patriots, Trump supporters, Christians and scary gun owners.

Also read this important article from 2018: Question for anti-gun protesters: When the government death squads come for your loved ones, how will you stop them?

ANALYSIS: THE CIVIL WAR MAY BEGIN IN VIRGINIA AS THE CITIZENS RISE UP AND TAKE BACK THEIR STATE FROM THE TREASONOUS TYRANTS IN RICHMOND

It’s looking increasingly likely that Virginia is going to be the flashpoint for the start of America’s second civil war. The Democrats have decided they absolutely will not stop until every conservative Virginian is disarmed, silenced (through the censorship of the tech giants), criminalized and exterminated. Remember: Democrats have zero tolerance for anyone other than a filthy Democrat.

But Virginians simply won’t put up with that nonsense. There are already 40+ counties in Virginia that have declared themselves to be “gun sanctuary” counties, meaning they will not surrender to the tyranny of the treasonous Democrats in Richmond.

The Virginia Citizens Defense League, for example — www.vcdl.org — is already organizing mass protests against the treasonous Democrats who openly admit they are working to violate the basic civil rights of all Virginians. (The right to keep and bear arms is one of America’s oldest civil rights.) The VCDL now cites 78 Second Amendment counties, towns and cities in Virginia. Click here to read the VCDL’s warning about red flag gun laws and how they threaten the liberty of everyone.

As expected, Democrats in the state are now trying to paint all gun owners as racist, dangerous bigots in order to justify killing them all. A treasonous, anti-liberty Democrat named Del. Jay Jones, D-Norfolk, is demanding that the Governor declare gun sanctuaries to be illegal so that Democrats can demand the arrest and incarceration of all gun owners who are also being painted as racist extremists and even “domestic terrorists.”

Note that a proposed new law in Virginia, SB64, would criminalize all firearms instruction in the state, including concealed carry classes and private instruction where a father, for example, might teach his son how to shoot a shotgun. Both father and son would become instant felons under the tyrannical new laws being aggressively pushed by Democrats, who are lawless, baby murdering criminals that must be stopped. The law, SB64, would deem all gun instruction as “paramilitary activity,” essentially equating it with domestic terrorism.

But as usual, it’s the government itself that operates as a terrorist organization, allowing unlimited illegal immigration of violent criminals while demanding the disarmament of the citizens so that no person has any right to defend herself against the lawless “utopia” engineered by destructive Dems. It seems increasingly likely that the citizens of Virginia will soon have no choice but to march on Richmond and carry out the mass citizens’ arrests of the treasonous tyrants like Ralph Northam who are violating the constitutionally protected civil rights of all Virginians.

The Second Amendment, in turns out, was written into the Constitution for precisely these circumstances when tyrannical government seeks to enslave the People and refuses to abide by the rule of law.

Stay tuned to see what happens, but don’t be surprised if the second civil war is ignited in Virginia, where “death to tyrants” is the state slogan. Is it time for that slogan to be reinvigorated? We’ll see…