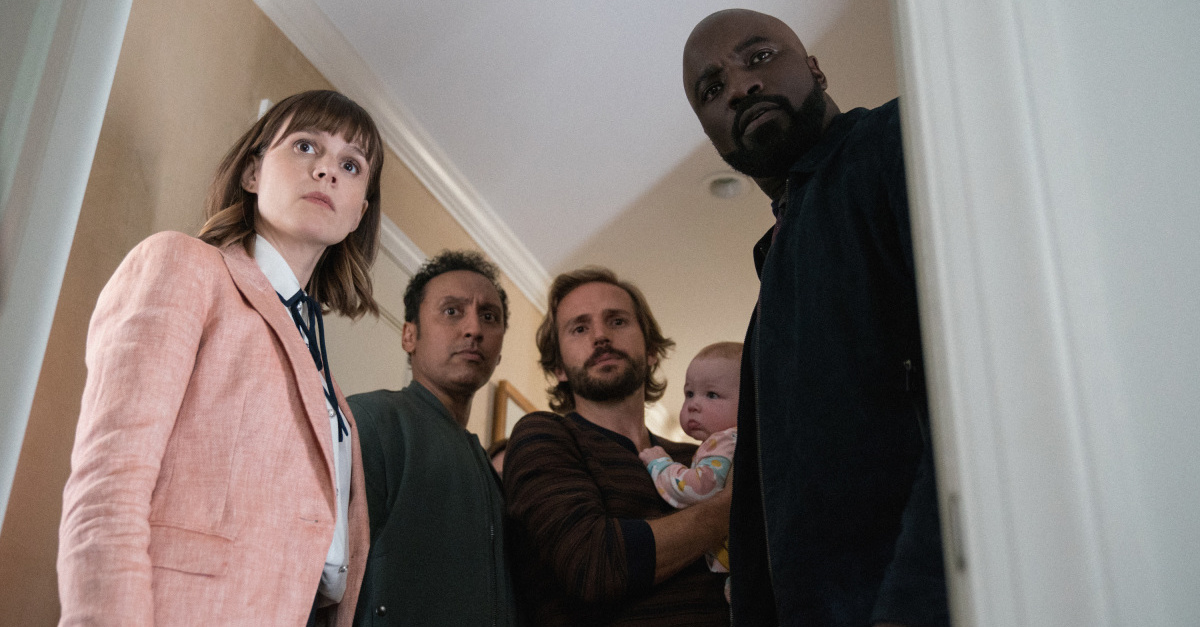 The executive producers of the CBS series Evil want to start a conversation among Americans about religion and the supernatural, and they’re using a scared-out-of-your-wits plot to do it.

Evil follows a priest-in-training named David and a forensic psychologist named Kristen as they investigate the Catholic Church’s backlog of unexplained mysteries. David represents the Christian community, while Kristen represents the skeptic – although both characters, at times, have their doubts. The show airs on Thursday nights.

It was created by the husband-and-wife team of Robert and Michelle King, who also serve as executive producers and writers. The series is still in its first season but already has been renewed by CBS for a second season.

“Most TV shows these days preach to the choir … They seem to only want to address an audience that already agrees with them,” Robert told Christian Headlines.

But Evil, he says, is pulling in viewers who otherwise wouldn’t watch a show about God and religion, including fans of horror and supernatural thrillers.

“It’s one of the advantages of doing a genre show,” Robert said.

The series is an outgrowth of their relationship. Robert is Catholic, while Michelle is a self-described secular Jew. They disagree about religion – but they still love one another.

In each episode, the viewer learns of an unexplained mystery – such as a prophecy or a demonic possession – and then watch as the characters conduct an investigation.

Most episodes give fodder to each side of the supernatural debate, although some episodes seem to take sides.

“Our writers’ room argues that almost every week,” Robert said. “And I think the difficulty we run into is we don’t want to lose … our Christian sense of incredulity, especially with regards to why people do evil things. But I do think there are moves within the narrative that seem to suggest there’s only one answer for what you saw – especially with the miracle episode and with the prophecy episode.”

Said Michelle, “My hope is that it remains a conversation because the characters do have deeply held views. I would love to give both sides respect.”

Still, this doesn’t mean Christian viewers will approve of everything in the series. In one episode, David seems to obtain supernatural-type visions through the use of drugs.

“Humans are fallen and characters are fallen. And David is someone … who struggles with addiction,” Robert said. “… You’re going to find by the end of the year our answer for the addiction aspect of the show.”

Robert added, “Just because we chose something [for the plot], we don’t necessarily approve of it.”

Robert compared the dark nature of the series to C.S. Lewis’ Screwtape Letters.

“I love C.S. Lewis,” he said. “C.S. Lewis had both The Lion, the Witch and the Wardrobe and The Screwtape Letters. The Screwtape Letters is more dark (sic). … [It involved] letters between devils, between tempters. I do think there’s worth at looking at the wrong side or the evil side or the bad side of human nature, because it’s so much of the makeup of what life is about on Earth.”