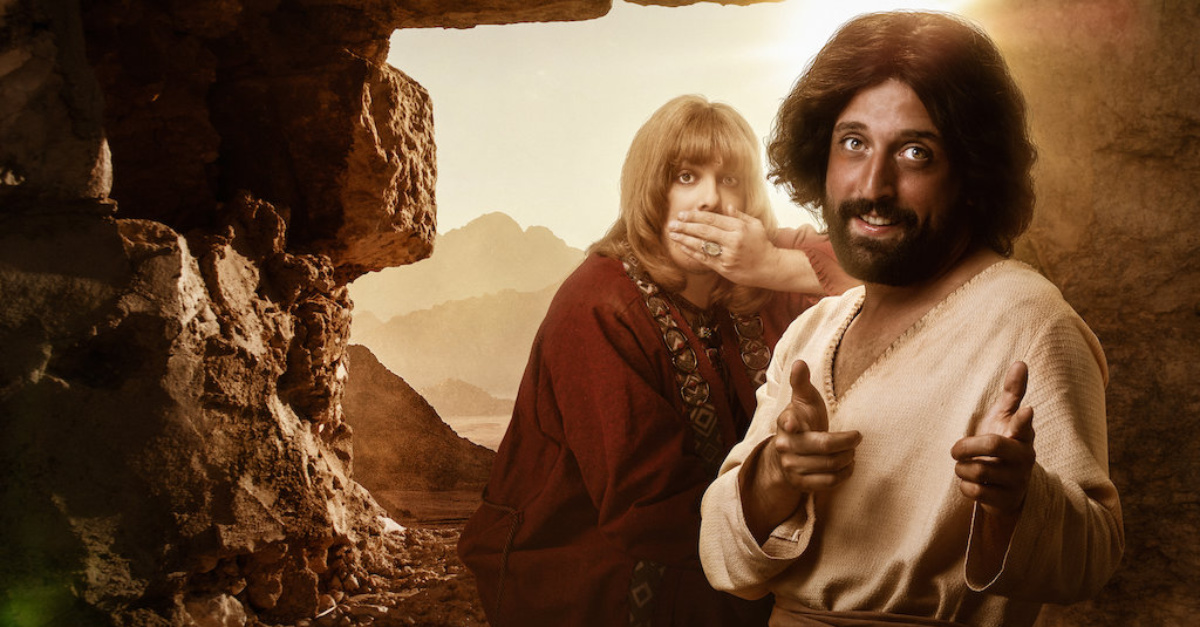 A new Netflix comedy that depicts Jesus as being gay has sparked outrage and led to a petition that has amassed more than 1.8 million signatures.

The First Temptation of Christ was produced by Porta dos Fundos, a Brazilian comedy group on YouTube, and is available on Netflix’s U.S. platform with subtitles. The 45-minute episode is rated TV-MA.

The comedy depicts Jesus as a 30-year-old cursing gay man, returning home to visit Mary and Joseph, who are throwing him a birthday party. Jesus brings a man named Orlando to the party, and it’s presumed the two are a couple.

Further, the show depicts Jesus as not wanting to be God’s Son. In the show, both of Jesus’ fathers are at the party: Joseph and a character depicting God the Father.

“I think I’d rather be Joseph’s son,” the character depicting Jesus says in the episode.

At one point, the “God the Father” character propositions Mary for sex.

In another scene, “Jesus” asks “God the Father” if he can leave the party.

“Can I go backpacking with Orlando?”

The request is denied.

A Change.org petition had collected 1.8 million signatures as of Monday morning. It says it wants “the removal of the film from the NETFLIX catalog” and for the comedy group Porta dos Fundos “to be held responsible for the crime of villainous faith.”

“We also want public retraction, as they have seriously offended Christians,” the petition says.

Brazilian pastor and congressman Marco Feliciano, who opposes the show, said Netflix had crossed a line.

“Christians and non-Christians have asked me to take action against the irresponsible members of Porta do Fundo,” he wrote on Twitter, according to the Daily News. “It’s time we took a collective action – churches and all good people – to put an end to this.”

Many of those who signed the petition wrote messages.

“This is sickening, and yet another attack on Christianity,” one person wrote.