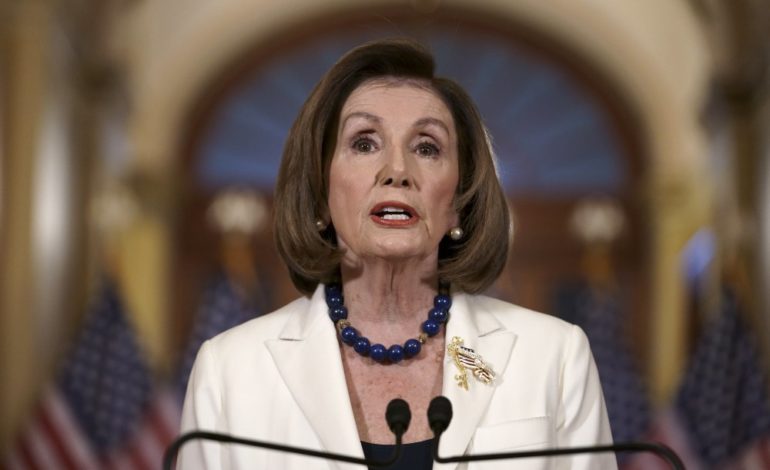 When Lord Acton observed in the 19th century that “power tends to corrupt, and absolute power corrupts absolutely,” he was referring to absolute monarchies and dictatorships.  But he could have just as easily been referring to the modern Democrat party.  The rabid rogues who spat out this incomplete impeachment effort are corrupt to the core, all sense of sanity and restraint long gone.

The roots of this outrage were planted in 2008, when Democrats achieved near absolute power with the election of President Barack Obama.  For the first two years of Obama’s administration, Democrats controlled Congress, to include having enough seats in the Senate to override a filibuster.  Democrats and their supporters ultimately had control of the Executive Branch, Congress, the vast majority of the federal courts, the media, academia, the entertainment industry, the federal bureaucracy, and the babbling women of The View.

They had a stranglehold on almost every lever of power and influence the likes of which had not been seen in generations.  Not only were Democrats not shy about using these levers, but under President Obama, they turned them into weapons.  They believed themselves to be ascendant, and they expected it to last forever.

Just as Francis Fukayama’s The End of History and the Last Man once prematurely posited that Western liberal democracy had won, many Democrats believed we had reached a political end of history in America, where they would forever rule the little people from on high.  They transcended the laws that were meant for those they ruled.

But those dreams were smashed, at least temporarily, when Americans committed the ultimate outrage by electing outsider and disrupter Donald Trump.

The last three years have seen a significant decrease in Democrats’ overall power, most notably in the loss of the courts.  Instead of resulting in a moderating push back toward responsibility, the rejection by voters and loss of Democrat power resulted in primal rage and a further breakdown of accountability.

The contrast between the parties was on full display recently, with the Senate working to confirm twelve more judges last Wednesday, an act that represented a real and lasting shift in power, while the Democrats howled at the moon with their impotent impeachment rage.

For those keeping score, this means that the president has now appointed somewhere around 185 judges, to include two stellar Supreme Court justices.  The president’s current number of fifty appellate court appointments is just five shy of what President Barack Obama produced in eight years, and his appointees are averaging ten years younger.

The Democrats?  They fulfilled their election-day dream by producing history’s weakest impeachment farce, one that is so bad that they are in no rush to finish it by sending it to the Senate.  In a serious inquiry, St. Nancy the Prayerfully Solemn would not have to inform her fellow Democrats not to spike footballs on the House floor.

But Pelosi has plenty of time to ensure that the black dress she picked out for the occasion is dry-cleaned to next be worn on November 4, 2020, especially after Joe Biden excitedly informed America that he is ready and able to sacrifice good-paying blue-collar jobs to the Green Church of Greta Signaling at the last debate.

One would think a party that saw its political power in decline would tack toward the center instead of running toward insanity.  Democrats’ belief in their cultural control and media support has instead resulted in the toxic byproduct of maniacal overreach.

Peggy Noonan, no fan of the president, had an article that argued that crazy won’t beat Trump.  True.  But, blinded by her NeverTrump pedigree, she sees the Democrat problem primarily as one of public presentation.  This is beyond naïve.  Democrats are who they say they are at this point, which is Marxist cultural arsonists who intend to blow up the system.

The draconian political divide now threatening to swallow America is a result of the overreach of a corrupt Democrat apparatus inspired by near total power and a frenzied voting base.  Because of the cultural, media, and bureaucratic power disparity, Democrats no longer fear any consequences for their corrupt actions, nor do they feel any urge to moderate.

In this sense, the media are largely at fault.  If America had an even remotely responsible media establishment, preferably one that does not tweet out something like “Merry Impeachmas from the WaPo team,” corrupt intelligence leaders would not have the latitude to plan a coup.  Democracy truly does die in darkness, and the Washington Post and its hopelessly corrupt media colleagues are committed to bringing that darkness.

No Republican would be so bold.  The media would violently and endlessly scream bloody murder if Republicans tried to impeach President Obama for any number of his very real acts of corruption and failed leadership until Republicans backed down in shame.

The two parties traditionally operated under a form of political deterrence and were able to work effectively together within that system.  That ended when Democrat accountability disappeared under the corrupting influence of their rise in cultural and media power, stoked mercilessly by the Obama administration.

Nuclear deterrence prevented major world powers from directly fighting one another since World War II, which has almost certainly saved millions of lives.  But deterrence breaks down when one side, through a power disparity, operates according to a completely different set of rules.

Political deterrence was shattered under Obama.  This is what is largely driving the revolutionary spirit that has taken hold in this country.  Democrats feel entitled to complete power and violently act out when that power is checked.  At the same time, conservatives are furious when they see an America that has two sets of rules and norms, in which the best way to never be held accountable for anything is to declare yourself a Democrat.

When unelected liberal bureaucrats believe they have the right to remove an elected president, anger continues to boil.  Add in a side of removing borders and favoring non-citizens over citizens, and you have the perfect recipe for this very dangerous place America is at right now.

The revolutionary divide will continue to build and will result in some form of civil war if deterrence is not restored.  This is why the most important action in America right now is being undertaken by Attorney General William Barr and John Durham.  There is plenty of reason for optimism that they will see justice done, as it becomes increasingly clear that thugs like John Brennan and James Comey are in the crosshairs.

The other big tell that this investigation is hitting close to the mark is the increasingly loud and shrill screaming from the Democrat-media gallery aimed at delegitimizing Barr, to include an article by Eric Holder in the “Merry Impeachmas” Post alleging that Barr is unfit to be attorney general.

High-level Democrats must be held accountable and the origins of the Russia hoax revealed.  That’s the only way to let the revolutionary steam out of the monster Democrats have built.  It is looking increasingly as though it just might happen.  This is a necessity to return a semblance of political deterrence and accountability while breaking up the tidal wave of absolute corruption Democrats sent crashing down on America.

One thought on “Corrupt Democrats Pushing America toward the Abyss”