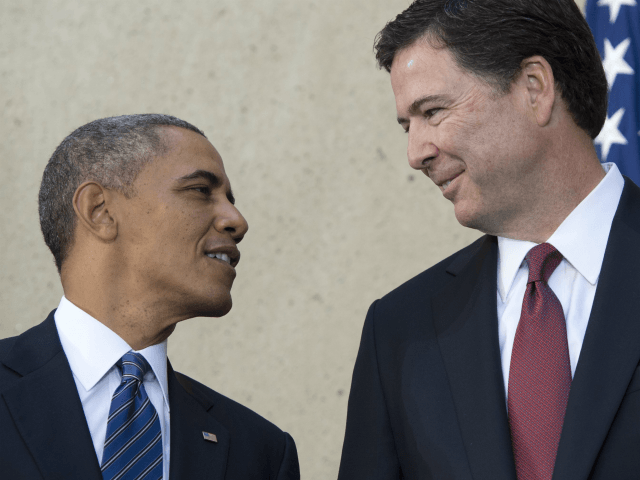 The scandal surrounding the FBI requesting a surveillance warrant from the Foreign Intelligence Surveillance Act (FISA) court to spy on Trump presidential campaign aide Carter Page based on uncorroborated information and ommissions may be far from over.

According to the recently released audit by Michael Horowitz, the inspector general at the U.S. Department of Justice (DOJ) revealed that the Obama FBI used information and documents that the agency’s director knew were uncorroborated and gleaned from a partisan source.

Horowitz’s DOJ audit on the origins of the Russian collusion hoax found “at least 17 significant errors and omissions” in the Carter Page FISA surveillance application that enabled the investigation into Donald Trump’s presidential campaign in 2016.

Written on December 5 and finally declassified last Friday, an order revealed that FISA is ordering a review of every single warrant application involving the now-former FBI lawyer under criminal investigation Kevin Clinesmith.

The secretive court that oversees national security surveillance is also urging the FBI or the U.S. Department of Justice (DOJ) to verify the accuracy of every other surveillance request made by Clinesmith.

In the order, FISA is ordering that the U.S. government, namely the DOJ, provide the following by written submission on or before December 20, 2019:

(1) Identify all other matters currently or previously before this Court that involved the participation of the FBI OGC [Office of the General Counsel) attorney whose conduct was described in the Preliminary Letter and Supplement Letter;

(2) Describe any steps taken or to be taken by the Department of Justice or FBI to verify that the United States’ submissions in those matters completely and fully described the material facts and circumstances; and

(3) Advise whether the conduct of the FBI OGC attorney bas ben referred to the appropriate bar association(s) for investigation or possible disciplinary action.

It remains unclear whether or not the obscure court will make the DOJ’s response public.

The FISA may not come down too hard on Obama-era FBI personnel involved in the surveillance of the Trump presidential campaign. On Friday, the New York Times reported that there might be a new sheriff in town who may shake things up, noting:

Separately, the court announced that its presiding judge, Rosemary M. Collyer, is stepping down nine weeks earlier than planned for health reasons. Chief Justice John G. Roberts Jr. of the Supreme Court has selected Judge James E. Boasberg to succeed her in that role in the new year. He will be the first judge appointed by a Democrat to lead the Foreign Intelligence Surveillance Court since 1995.

The developments underscored that the court has entered a period of turmoil and change after the report this month by the Justice Department inspector general that uncovered damning inaccuracies and omissions in applications to wiretap a former Trump campaign adviser, Carter Page.

Clinesmith, nevertheless, appears unlikely to escape any of his problems. He resigned from the FBI and is under criminal investigation over the change he made to get surveillance approval on Carter Page from FISA. Clinesmith has yet to be charged with a crime.

Horowitz found that the FBI completely ignored the FISA condition that it be informed of any changes to the documents used to obtain approval to the spy on Page.

According to the Horowitz IG report, Comey as FBI director said that he did not always fully review FISA applications before certifying them, reading only the description at times.

The former FBI director had reservations about signing the Carter Page FISA request based on a source the federal government knew was connected to the opposite political side and whose information “had not yet been corroborated.”

Comey said that the reason he signed the FISA was that he believed in “probable cause” that “Page was an agent for a foreign power.”

The source that Comey believed provided probable cause was the discredited Christopher Steele, who was also hired by Hillary Clinton.

Horowitz’s audit also found that former President Barack Obama may have been aware of the FBI spying of the Trump presidential campaign.